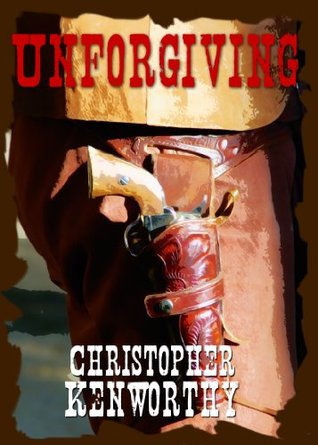 I love to read and I will read anything and about twenty years ago I discovered that I really enjoy a good western story.

I really enjoy traveling to and spending time in the American West.  It’s beautiful country, which finally made sense to me as I read the stories of Louis L’Amour and Zane Grey and a few others.

Unforgiving  has all the hallmarks of the traditional western story.  Former army scout and lawman, Mart Donahue, comes across the scene of what appears to be a vicious attack.  A wagon is burning and two bodies lie nearby.  Apache country is close and Donahue considers that the Indians may have done the attack.  But more troubling is the fact that there are signs a woman was on the wagon.  A woman who is now missing.

Donahue reports the incident in nearby Tombstone where the Earps (representing the law in Tombstone) believe him (especially with the evidence he brings).  But the missing woman’s fiance accuses Donahue of having something to do with her disappearance.  Donahue wants to keep his name cleared and clean so that he can settle in the territory, and decides to go in search of the missing woman.  But all is not quite what it appears and Donahue is getting himself into a pretty sticky situation (though he might be glad to be getting out of Tombstone right about now).

Kenworthy does a really great job of introducing a number of historical characters in a very natural way, without making it seem like ‘this is an important person now.’   The story is action-driven, which, in a western, is not unusual, and Kenworthy brings the action right to the reader.

In terms of characters, we only get to know  Donahue and he is the typical, macho cowboy with plenty of real-world smarts and skills.  We get to know the rebellious Ysabella just a little, but we see in her is just about as powerful as what we see in Donahue.

My only real complaint with this book is that it was too short.  I wanted another chapter or two at the end.  And there was a part of me that wanted to see something stronger between Donahue and Ysabella as well, but a macho cowboy with a strong moral code isn’t going to take advantage of a woman who is in some way attached to another man, of course.

All in all, a fun, fast western read.

Looking for a good book?  Unforgiving is a delicious, quick western, perfect for fans of the genre, by Christopher Kenworthy.