AROUND THE WORLD IN EIGHTY DAYS – Jules Verne

A British dandy, Phileas Fogg, makes a bet with other British dandies that he can travel around the world in eighty days. Thanks to his financial situation, he is able to pay extravagantly and be afforded preferential treatment when standard means of travel don’t pan out. Fogg makes the journey with his newly acquired valet, Passepartout.

As you might guess from my brief description, I’m not the biggest fan of this book.

I’ve read a fair amount of Jules Verne, including Paris in the Twentieth Century when it was first released, but I’d never had any interest in reading Around the World in Eighty Days. But as I’ve recently had a desire to catch up on reading more of the classics that I’ve missed out on, and I saw that Penguin had this available as an ARC request, I thought I’d finally read this.

What struck me the most is how much Phileas Fogg is very much the definition of ‘white privilege.’ The whole trip around the world is based on a wager Fogg makes with some of his friends as they sit around in the club and note a recent newspaper article that states it should theoretically be possible to go around the world in eighty days if all means of transportation around on time and on schedule. The other gentlemen in the club take Fogg’s bet and off he goes, taking with him his very newly acquired manservant.

Of course things are not running on time, creating one of the conflicts in the book … how will Fogg get out of this timing jam?

With money, of course.

Fogg has a confident – almost but not quite cocky – attitude that things will work out.  And of course they do, though his money helps, as does his servant. I think it’s pretty clear, however, that if Fogg were not a man of some financial means, this trip would never have succeeded.

A second conflict arises when it is learned that there was a bank robbery in London shortly before Fogg takes off on his globe-trotting adventure and at least one man, detective inspector Fix, believes Fogg may have been the robber – why else would he be traveling with a large amount of cash and be in such a hurry to get on to his next port of call?

I did like this storyline, but it really wasn’t developed enough to make it very sustaining.

There are a lot of different locations in this 252 page book and the episodic nature of the story takes away from the development of a really engaging story.  Each location brought a challenge that was overcome and then on to the next. I can definitely see how an audience in 1872 (or even decades later) would marvel at some of these locales, and looking at it 150 years later it is impressive how accurate much of it is.

Somehow, with all the locations and with Fix hot on their tail, Fogg finds time for romance on the journey.  This never rang true for me, but again, I can see how an early audience would have cheered at this.

My favorite portions of the book were the snow-sailing across America and the near-miss at arriving at the club in time and the explanation as to why it was closer than Fogg anticipated. This was probably the most anxious I felt in the book.

I’m glad to have finally read this, but there are so many other Verne books I would recommend before this one.

Looking for a good book? Jules Verne’s Around the World in Eighty Days is a classic that should be read, but it’s not his most exciting or even adventurous novel.

Around the World in Eighty Days 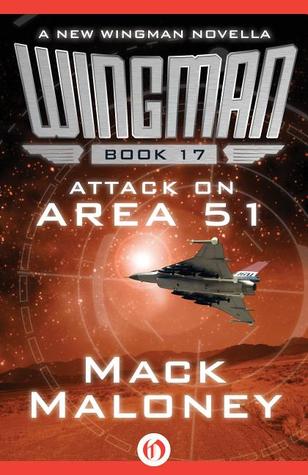 As you can see by the cover, this is the 17th book in a series, though it is the first one that I have read.

It is a bit uncommon these days to find a book or a series that is akin to serial pulp fiction.  Think back on the days (if you are old enough [as I am]) to Doc Savage, The Executioner, Perry Rhodan, or even the more juvenile-targeted Mike Mars, or Tom Swift.  This appears to be a book series that harkens back to these classic pulp adventure days.

Hawk Hunter was a World War III hero who vanished on an extra-terrestrial mission a decade earlier.  He now returns to his very damaged America with an equally damaged memory.  The noted Area 51 holds the key and Hawk must fight his way there and along the way he’ll remember more and more about alternate universes and his actions among many of them.  Fortunately, Hawk has an uncanny ability to maneuver in any ship that can fly, and he’ll need that ability to survive.

This is just pure, adventure fun.  This is the sort of book you read to take a break from the insightful, meaningful literature you might normally read.  It is not intended to make a lasting impression, but rather be a bridge from one book to another.  It is the snack food – the Kit-Kat Bar – of books.  And in this role it does a fine job.

I was suitably entertained.  It made me miss the old Doc Savage books I read as a teen and I thought it did a nice job of staying current in the sci-fi/adventure worlds.

I would be very willing to venture into this Wingman world again when I have an afternoon where I am looking for something to read.

Looking for a good book? Attack on Area 51 by Mack Maloney is a Wingman novella that moves along very swiftly, won’t hold any lasting impressions on the reader, but will satisfy the craving for some quick adventure.