I never thought I’d read a book like this once I graduated from college, but here I am, delving into the past and reading an assortment of classic, American works.

For a bibliophile such as myself, I find that there are more classic works of literature that I want to read, but because of all the new books I also want to read, there is just not enough time.  Enter an anthology such as this that provides pieces of longer, classic works. Editor Bob Blaisdell has collected a strong selection of works that really capture the early days of the United States from a literary perspective.

I was familiar with many of the works included here (and have previously read a few of these) but by no means  was I even aware of all of these. If you know me or have been subscribing to my blog, then it should be no surprise that my least favorite works here are the poems. (Sorry poetry fans … I just don’t care for poetry.)

Generally speaking, my favorite works here are those by Indigenous authors.  Powhatan’s “Why Should You Destroy Us, Who Have Provided You with Food?” is really powerful and I’m disappointed that this was not required reading when I was in school.  Likewise, “We All Belong to One Family” by Tecumseh shows thinking far ahead of his own time.

Of course there’s a theme among the Indigenous authors and Red Jacket, Sagoyewatha continues on this theme with two pieces, “You Have Got Our Country, but Are Not Satisfied” and “We Are Determined Not to Sell Our Lands.”

The works are arranged by initial publication year, but it’s a little ironic that just before Red Jacket’s essays are excerpts from the Original Journals of the Lewis and Clark Expedition.

The last author represented in this volume is Abraham Lincoln. We often don’t think about the great speeches of our past political figures as literature (or at least I don’t), but in addition the his Gettysburg Address and his Second Inaugural Address, we also have the opportunity to read from his first debate with Senator Stephen A. Douglas and his “Meditation on the Divine Will.”

Something I probably should have read by now, but have not, is Herman Melville’s Moby Dick and I appreciated these select chapters.

This is hardly a quick read but it’s a really great way to expose yourself to some of the great classic literary works spanning more than 200 years during the founding years of the United States.

Looking for a good book? The Dover Anthology of American Literature Volume 1, edited by Bob Blaisdell is a tremendous collection of early American literature and if you don’t have time to read all the original works found here, then make sure to get this collection on your bookshelf. 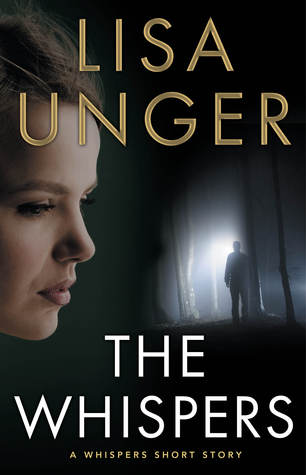 Publishers will resort to a lot of ‘gimmicks’ in order to sell books.  I’ve worked in bookstores and libraries and with publishers, and I understand the marketing desire to one-up the competition.  And so, when I received notice of advanced short stories as a prelude to a novel, I was just a little skeptical.

The first thing I did upon finishing this was look for the next story and the novel which follows.  This is good.  And of course gimmick or no gimmick, what you need is good writing to capture a reader’s attention and this does just that.

In The Whispers, a woman, Eloise Montgomery, is convalescing from a car accident which killed her husband and older daughter. This first story focuses on Eloise’s attempts to move on with her life for both her own and her younger daughter’s sake, as we all must move on after a tragedy, difficult as it sometimes is.  But Eloise begins to hear and see things, little whispers of voices and visions that clue her in to other things that are happening in the world.  Things she shouldn’t be able to know about.  Eloise then has to make some choices.  First, whether to believe in herself enough to accept that what she hears and sees as true; and then, if accepting, whether or not to act on it.

Author Lisa Unger does a fantastic job of writing characters that appeal to the reader and are 100% believable.  You can’t help but feel for what Eloise is going through, both with the loss of loved ones, and the struggle to move on.  But Unger also writes a convincing mystery…a paranormal mystery.  And I have to admit that if I had read the words “paranormal mystery” in the blurb, I probably wouldn’t have been interested in reading this (for no other reason than it doesn’t sound appealing to me).

Despite the appearance of a publishing ‘gimmick’ and a genre that I wouldn’t necessarily gravitate toward (paranormal mystery), this was a wonderful read and highly recommended.  I look forward to the next installment!

Looking for a good book?  Not a book, but a prequel short, The Whispers, by Lisa Unger, is a wonderful read.