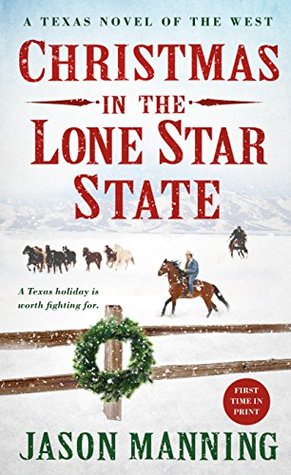 I’ve been on a bit of a western fiction kick lately (note that this is “western review week”).  As I’ve mentioned in other reviews, it’s often difficult to find new western fiction, so it was especially pleasing to come across, and be granted ARC access to Christmas in the Lone Star State by Jason Manning.

Bill Sayles is a Texas Ranger and has been for a very long time.  He’s not a man to cross and he’s dedicated to his job.  Currently he is on his way to a state prison in Huntsville to pick up a prisoner, escort the prisoner to his home to attend the burial ceremony of his son, and then escort the prisoner back to Hunstville.  The prisoner, Jake Eddings, is serving fifteen years in the hard prison for his part in a stage-coach robbery in which the driver of the coach was killed (not by Eddings).  Now in prison, Eddings’ ten year old son has passed away.  Jake’s wife is working hard to overcome the loss of the two men in her life, and is forced to find a way to keep the farm going.  The neighbor is trying to move in on the Eddings farm and on Jake’s wife.  The temptations for Jake to flee Sayles’ custody are tremendous.

Author Jason Manning does a very nice job of establishing the two main characters: Bill Sayles and Jake Eddings.  Both seem like real people, but drawn from some common expectations of characters in this genre. Bill, the tough, unflappable lawman and Jake the nice guy who made a mistake and now everything around him is crumbling.  Jake is set up as very likeable and the reader wants to see him avoid going back to the horrible conditions at Huntsville.

We know pretty early on what’s going to happen.  In fact, one day when I was about half way through, I was telling my wife what I was reading and what had happened to that point.  I don’t believe my wife has ever read a western in her life, but she told me exactly how it would end.  And she was right.

The rest of the characters are rather stereotypical.  There’s no depth to them – they’re stock characters because we need to know a little bit about them so that we understand motives and behavior of Bill and Jake.  This is a bit disappointing.  Jake’s wife should be a motivating factor in everything he does, but she only appears near the end. The Hunstville Prison officials are set up nicely as real villains.  Cruel and sadistic, they are strong motivation for the reader not wanting Jake to return there, but they appear only briefly at the start and then they are forgotten.  While the through-line of Bill and Jake is pretty tight, the story and characters around them is loose and not very noteworthy. This story seemed episodic – two characters moving from moment to moment with the moments not really connecting.

I like the main characters and I liked the basic story, but the entire thing needed a stronger editing hand and more cohesion.

Let’s take a moment and talk about the cover (as seen above). You shouldn’t judge a book by its cover, we know that, but a cover does serve an important purpose.  A cover lets the reader know what sort of story we are about to read.  It usually identifies the genre.  You can almost always tell at a glance which books are space opera, or fantasy, or hard science fiction, or mysteries, or horror, or romances, or westerns.  The publisher wants you to know because they want to draw you in to the book. Certain styles become expected for certain genres.  Sometimes those styles change, but you should always be able to tell what you’re going to read.

This cover does not say “western” to me.  This says “romance.”  This cover should be titled “Tammy’s Christmas Romance at the Dude Ranch” or some such.  This cover does NOT say ‘tough Texas Ranger escorting criminal home to bury pre-teen son before Christmas.’ 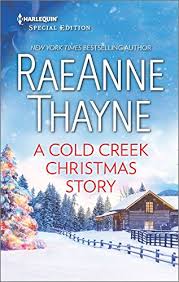 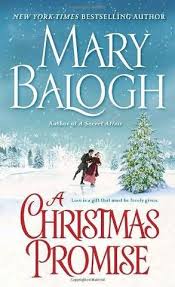 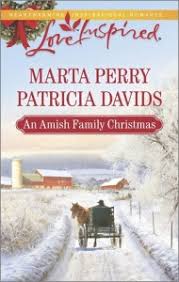 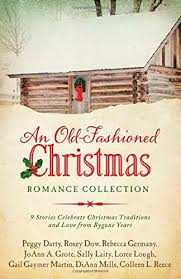 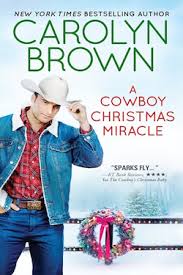 Shall I go on?  (That last one might actually be a better cover for this book!) This is not the author’s fault, of course, but the publisher certainly isn’t helping.

Looking for a good book?  Christmas in the Lone Star State is a western by Jason Manning that doesn’t have a whole lot to do with Christmas (or with the fact that it’s in Texas, for that mater), but has a couple of solid characters who are tough and morally principled.  It can be fun for fans of the genre.

Christmas in the Lone Star State: A Texas Novel of the West