MAP WORLDS: A HISTORY OF WOMEN IN CARTOGRAPHY – Will C. Van Den Hoonaard 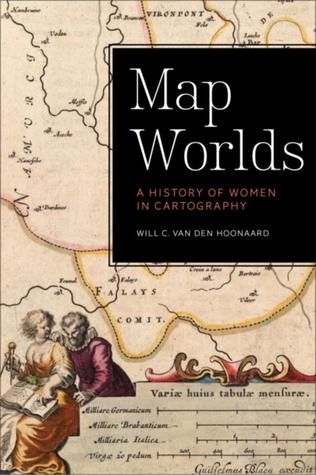 This is a very specialized book.  While the book will be of some interest to those who might have an interest in cartography or early and contemporary map making, but this is much more about the role of women in cartography … their journey to being recognized as cartographers, their training and their struggles to be given the appropriate due.  As author Van Den Hoonaard writes in his conclusion of Chapter 4:

The premise of our argument is simple.  The extent to which women participated in the map worlds of the eighteenth century and the early part of the nineteenth century does not reflect a linear, historic process.  Rather, it is conditioned by the social organization of each prevailing map world.  Such social organization was shaped by the advent of technological advances, social customs, scientific knowledge, and larger political forces.

While he may be talking about this particular chapter, I think the summation could be applied to women in the map industry at any time.

A portion of the book might be considered mini-biographies of some of the more recent or notable women such as Marie Tharp (“made the most notable contributions to sea floor cartography”); Mary G. Clawson (“considered a pioneer in the use of digital geospatial data to solve complex problems”); Mei-Ling Hsu (“the first woman to obtain a Ph.D. in (academic) cartography”); Judy Olson (“one of the first women to have developed and contributed to academic cartography, cartographic research…was an active participant in the NASA/ASEE programs”).  Many of these brief biographies were very interesting and worthy of further reading.  Judy Olson, for instance, is noted for being a major contributor in the field of the use of “colour in mapping and designing maps for people with defective colour vision.”

Other notables include Kira B. Shingareva who “was busy for ten years at the USSR Academy of Sciences, participating in the Moon Exploration Project” and Barbara A. Bond whose “personal interests included escape and evasion maps in World War II.”

Van Den Hoonaard does a great deal of research and manages to interview many of the contemporary cartographers.  Given that there were/are still struggles in our modern age for women in nearly all industries, it is not surprising that women in cartography might find it difficult to receive the proper acknowledgements for their contributions.  This is a nice, though small, means of acknowledgement.  It is too bad, though, that even in a book which looks at the woman’s role in cartography and seems to ‘stand up’ for women as cartographers in their own right, still has to have a section of the book which comments on the fact that “Husbands can make a tangible difference — for better — in the lives of these working cartographers.”  Would you ever see this same sentence, but with the word “wives” for “husbands” about any male cartographers?!

The book is a little academic and dry.  Even though it’s a book on cartography (which doesn’t sound particularly exciting unless you are a lover of maps [and there are those people out there…I’m married to one]) the work that some of these people are doing could be truly exciting if not written about in a rather clinical way.

Looking for a good book?  Map Worlds explores the role of women in cartography … it’s a pretty specific target audience, but if you fall in to that demographic the delivery of information herein is probably pitch perfect.

Map Worlds: A History of Women in Cartography