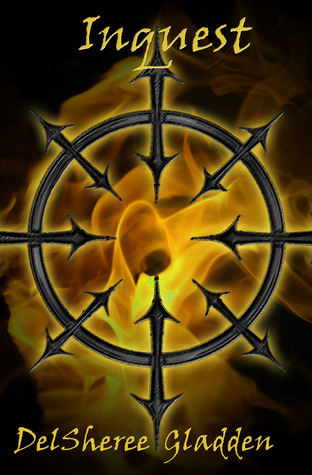 There’s no dearth of young adult science fiction/fantasy books today, but finding one that is appealing, exciting, and well-written, can be difficult.  Hopefully, if that’s what you’re looking for, you’re reading blogs like this to help you find the gems among the bookshelf mines.  This is such a gem.

Author DelSheree Gladden has done a remarkable job of creating a world (a future?) and being very consistent within it, abiding by the laws and rules she’s created.  Here, turning sixteen means having your future told — going for a reading/revealing of ‘talents.’  “Guardians” seem to control society in a political/militaristic fashion, and high school is full of training to develop and build upon the talents each student has revealed.  Of course every youngster is nervous before their Inquest, but Libby’s lives every youngster’s nightmare when hers reveals that she is the Destroyer that has been prophesied … Cassia the Destroyer, the greatest enemy to the Guardians, and who will destroy the world.

For reasons not entirely clear to Libby, she is being protected and instructed to remain in school until her 18th birthday, when she will most likely be killed to protect the guardian way of life.  Her boyfriend, a clear Guardian champion, turns on her in class and soon Libby’s only friend becomes the loner Milo, who seems to be hiding secrets of his own.

Gladden beautifully weaves the angst of being a sixteen year old girl in high school (with its daily drama of boyfriends, ex-boyfriends, beloved teachers, hated teachers, and terrifying peers) with the added knowledge of her talents and future and the fear and hatred she brings out in others.  Yikes!  Who wouldn’t want to avoid all that!?

Yet, in addition to this aspect of YA life, is the skillful development of the story.  Gladden reveals bits and pieces, letting the reader discover the moments along with Libby.  This helps us identify with Libby and share in her emotions as learn more and more about her talents and her future.

Libby could easily have been stereotyped as the whining teenager, constantly trying to deny her future.  And while she doesn’t want to be the destroyer of the world, she accepts what the talents have foretold and hopes for a way to prove it all wrong.  Milo and Lance…the two main males who figure strongly in the book… are well-defined, uniques characters themselves.  And the romantic triangle is so thoroughly believable you will likely alternate between which pairing you hope will follow-through (yet I’m convinced there’s still another romance a-brewing!).

Many YA romances are either too simple or too explicit, or even too much the focus of the story.  Libby’s teenage romances seem perfect for the situation.

As the story builds, so too does our interest, and the last third of the book had me turning pages anxiously.  It became one of those rare ‘can’t-put-down’ books.

If you’ve read many of my reviews, you know how i feel about books that are a bit open-ended to make sure the reader picks up the next book in the series, and this book has some of that.  Yes, I do want to read the next book in the series, and I likely will, but I have a logistical problem with a book that isn’t a book (a beginning, a middle, and an end) — that has too many unanswered questions.  That, and a little tweaking to tighten up a few spots keep this from getting a full five stars, but it’s still a highly recommendable book!

Looking for a good book?  This is delicious YA sci-fi that will keep you engrossed and have you wanting more!