A DEATH IN SWEDEN – Kevin Wignall 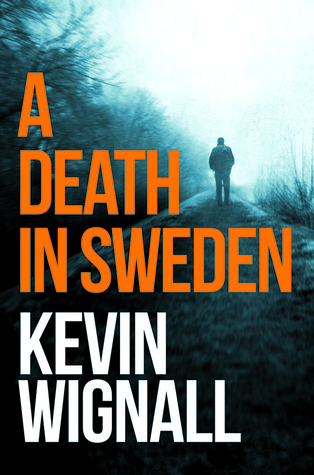 Dan Hendricks is a former CIA agent, now an agent-for-hire.  He’ll work for anyone or any country willing to pay his fee. Being a mercenary like this, usually tracking down criminals and working for those who may not trust him, has Dan constantly looking over his shoulder and fearing he’s not long for the world of the living.  Each new case could easily be his last but this one is certainly his most unusual.

Hendricks is tracking down information on Jacques Fillon. Fillon died saving a fellow passenger in a bus crash in northern Sweden. But as Hendricks soon learns – things are not as simple as they might seem on the surface.
Jacques Fillon, it appears, never existed.
Can Dan Hendricks solve the mystery of Jacques Fillon before a troublesome past comes to haunt him?
This book seems to have all the necessary ingredients of a spy thriller, except that it’s not particularly thrilling.
The central problem is with our protagonist, Hendricks.  I can’t really call him our hero because, well, he’s not very heroic.  In fact, Hendricks might be our bad guy and our bad guys might be our good guys. It’ll switch back and forth each time Hendricks encounters someone of interest.  I suspect it’s meant to keep the reader guessing but it comes across as writer indecision.
Aside from Hendricks not being particularly identifiable (hero? not hero?), the book has only one pace to it. Methodical.
This might be great for a mystery novel, but a thriller needs more highs and lows. We need to be on the edge of our seats, anxious to turn a page, at least some of the time, in a thriller and that just doesn’t happen here. Hendricks moves carefully from one situation to the next and the more the danger the more slowly and carefully he moves.
Hendricks doesn’t really come across as a former CIA agent.  Or…it’s painfully obvious why he’s a former CIA agent. I desperately wanted something about the man worthy of rooting for, but I just couldn’t find it.
This book did not work for me.
Looking for a good book? A Death in Sweden by Kevin Wignall is not the thriller it wants to be.