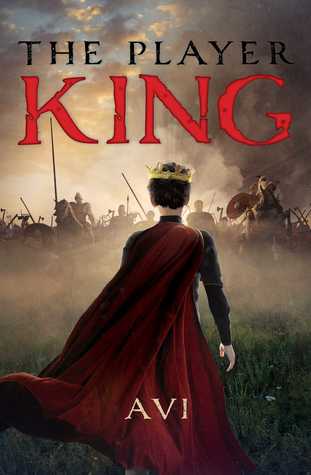 If you have spent any time at all reading or even looking for books for young readers then you’ve undoubtedly already run across the author Avi. His body of works and awards is lengthy, and deservedly so. Some of his works that I’ve enjoyed the most have been those that are more along a historical fiction line. The Player King fits right along in this category.

We are in England in the late 1400’s. King Henry VII sits on the throne while Prince Edward, who has a stronger claim to be the king, is missing. In a tavern in Oxford, a kitchen boy by the name of Lambert Simnel is approached by a friar and told that he is actually Prince Edward, the true king of England.

Lambert is not the missing prince, but the friar, Brother Simonds, is working with the Earl of Lincoln to dethrone Henry VII and they think Lambert looks enough like Edward that if they can teach him the necessary manners and make him convincing enough, they might be able to rally support and make a claim for the throne.

Ruling a country is a lot of pressure for a young teen.  Lying about being the ruler of a country is even harder and if he’s caught, it will mean his death.

This book is a very quick read with short chapters and a direct plot (no subplots). Even as quick as it is, there are moments that drag a bit and once or twice I felt that we were getting story simply to make the book a little longer rather than out of necessity for the story-telling.

The best part of the book is the Author’s Note at the end of the book in which Avi explains what is known about the characters and the time of this book, and what was made up for the story.  It might surprise you and might well make you want to read the book a second time.

Looking for a good book? Avi’s The Player King is historical fiction for the middle grader reader that should be easy to read and might fascinate many – especially the accuracy of the history.