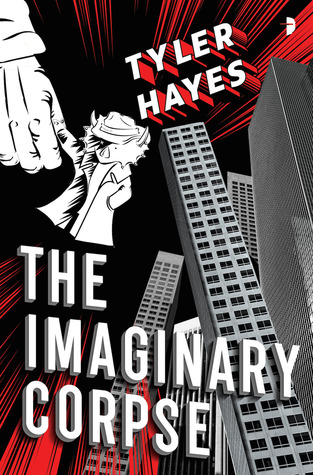 Where do ideas go when we’re done with them? If we believe in an idea enough, it becomes real. But if we abandon an idea that we once really loved, it falls into the Stillreal – a seedy segment of the Imagination.  It is here we find Tippy the Triceratops. Tippy was once the imaginary friend of a little girl who created him in order for her to make sense of the grown-up world. But when the girl’s father dies, she’s forced to face the real world and her imaginary friend Tippy heads to Stillreal.  There, Tippy passes the time by taking on odd detective jobs for other unwanted ideas.  It’s convenient and unremarkable … until Tippy makes the acquaintance of The Man in the Coat – a nightmare who can do the impossible … turn an imaginary friend into an imaginary corpse.

Imagine reading a book the way a child reads a book, believing and accepting the fantastic as possible.  Now imagine reading some specific children’s books, as adults, and believing in and accepting the implausible as possible – Corduroy, A Dinosaur for Danny, The Borrowers. Now give those same books some more adult themes and we start to inch toward what this book is like.

Wildly inventive is putting it mildly, and honestly, I kept expecting the ‘real world’ to break in at any moment, as though we were on the outside, looking in, rather than being part of this.  I think that’s not necessarily a good thing … but I’m entirely sure because this was so different. This is Philip K. Dick, Lewis Carroll, Fredric Brown, and the Teletubbies rolled into one dark detective fantasy.

I was pulled in to the book right at the start, by the introduction of the highly unusual characters and location.  We aren’t hit with a bunch of narrative backstory (which is good) and since this is so different we can’t help but sit back and hope the author is able to make sense of this world for us.  Thankfully, he does.

I love being tossed into a story that’s already underway and having to catch up with where we are and what’s happening while still following the present action.  Fantasy author Roger Zelazny was very good at this, as is Philip Pullman (and now, perhaps, Tyler Hayes).

While this kind of writing and story absolutely thrills me, I can see that this is not something that will appeal to the masses. Read the description, read the reviews, and if it looks like something you might like, then definitely give it a try.

Looking for a good book? The Imaginary Corpse by Tyler Hayes is a very real fantasy/mystery that may bring back some childhood nightmares.