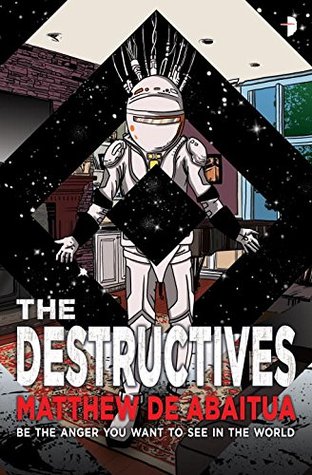 Just around the time the first true Artificial Intelligence appeared on the earth all computers, all databases everywhere were wiped clean (a time known as ‘the seizure’) and mankind was at the mercy of the AI (known as “emergences”). But now the AI’s are gone, ‘living’ in a satellite orbiting Mercury – choosing a ‘self’ exile rather than look after humans.

Dr. Easy has stayed in order to research a human life from beginning to end. That human is Theodore Drown, currently a teacher at the University of the Moon. He is an expert in the pre-seizure He’s a former addict of a drug called ‘weirdcore’ which destroys the emotional core of a brain so that the user cannot feel anything like fear or love or desire or jealousy.

Theodore is given an unusual opportunity when he is approached by a representative of a corporation. A cache of data has been found … preserved … but only someone who understands the pre-seizure culture, such as Theodore, is likely able to make any sense of it. This should be exciting, but of course Theodore feels nothing.

I typically like a book that really makes you think. A book that makes the reader work to understand and follow can be tremendously engaging.  But that book needs to provide enough glimpses of the light at the end of the tunnel to keep us interested in reading.

In the previous “Dr. Easy” book that I read (author Matthew de Abaitua states that there are three Dr Easy books but they are not a series but stand-alone novels) I wrote that there was some strong Philip K. Dick aspects with our not knowing what was real and what was virtual.  This book leaves behind the Dick-like confusion for a long, drawn-out, rambling story.

I found this story difficult to follow.  I’m okay with starting like that if there’s something to hold me there, to keep me going.  The ‘something’ here is Dr. Easy (for me), but Dr. Easy plays such a background role for too much of the book.  Our focus here is Theodore Drown, but how do you gt attached to a main character who has no emotions – whose function is comment dryly on life as they pass by?

The concepts are rich.  A future society that has lost its past and a possible key to the past has presented itself.  Add that to a race of ‘robots’ that have abandoned the Earth – save one who is studying humans – and this definitely sounds like a story I would want to read.  Unfortunately it’s too thick with ponderous prose and rambling narratives to be the full, exciting story it could be.

Looking for a good book? The Destructives, by Matthew de Abaitua, is a great concept held back by too much mood setting.