THE BEATLES FROM A TO ZED – Peter Asher 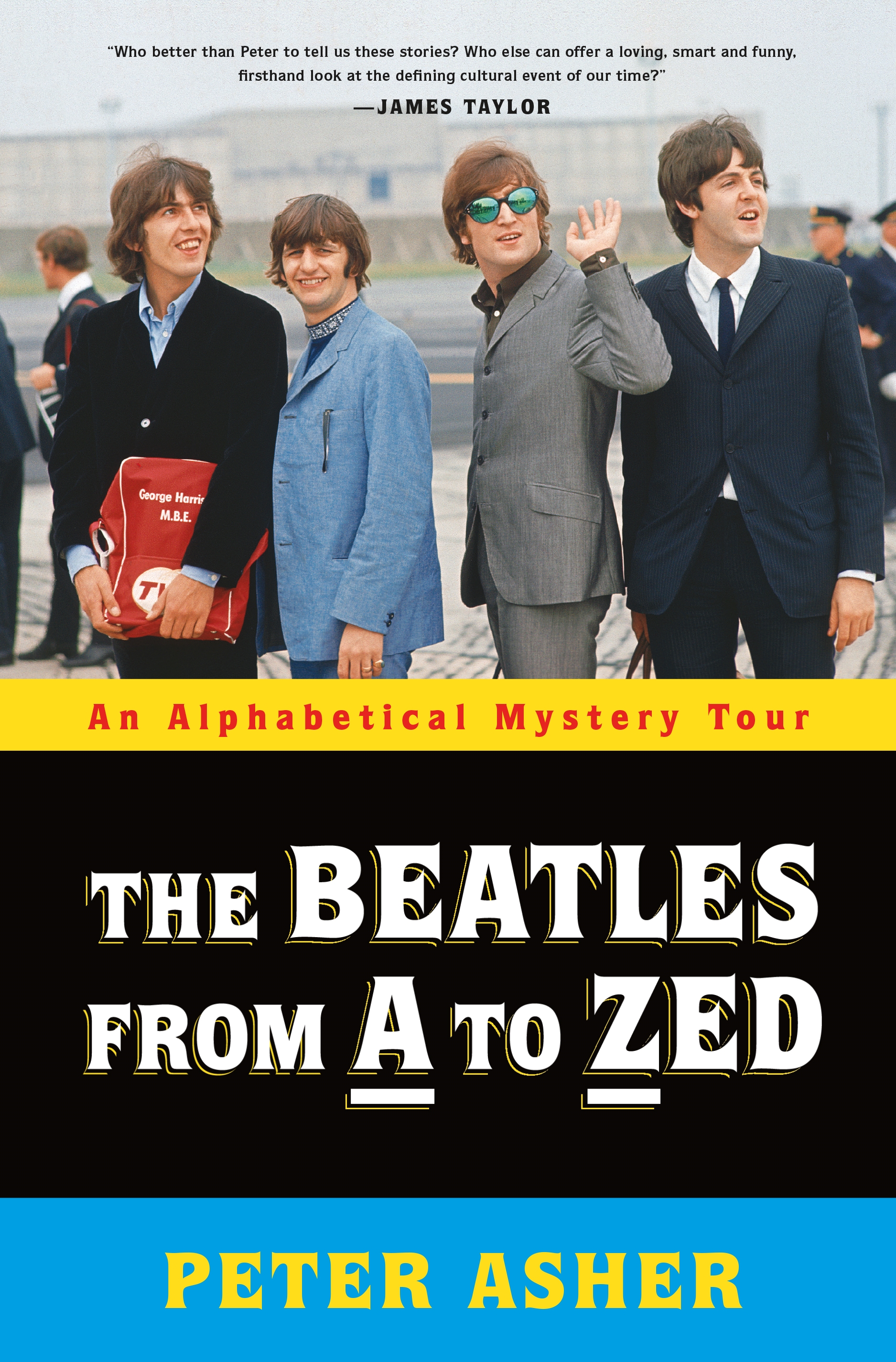 It surprises me a little bit that publishers are still pumping out books about The Beatles … but it surprises only a little bit.  The lifespan of finding an audience is likely on the wane, as are the people who will have had a first-hand encounter worth telling.

This particular book is unique because it’s presented in alphabetical order (sort of), and because it’s written by Peter Asher.  For those who don’t know, Peter Asher is A) half of the 1960’s pop duo Peter & Gordon (whose first [and biggest] hit was “World Without Love” in 1964 – written by Paul McCartney), and 2) the brother of Jane Asher who was Paul McCartney’s girlfriend through much of the mid-1960’s.

During this period (early to mid-1960’s) Paul McCartney lived with the Asher’s and so Peter has a very unique view point for a number of McCartney moments.  Hearing about the early versions of songs coming from his room, or how McCartney would walk into his room and come out an hour or so later with a finished masterpiece.  This is the kind of Beatles memory that we’ve never heard before and generally makes this book worth reading for Beatles aficionados.

One of the pleasant quirks to the book is that Asher (who is an extremely bright person) plays fast and loose with the alphabet and the Beatles catalog.  For instance, when Asher discusses “All You Need Is Love” it is not found under the letter “A” but under the letter “T.” “T”?!  I won’t explain why, but it makes sense in the context of how Asher presents this book.

Also, the alphabet is not just used to discuss song titles, but other aspects of the Beatles and their lives and history.  “G” for instance brings Asher to discuss Germany and the Beatles’ time there. “S” talks about the Ed Sullivan show.

What is also nice to note is that the book doesn’t focus solely on The Beatles as a group, but songs, concerts, and/or events that are a part of each Beatle’s solo career or work with another group (i.e. Wings, Traveling Wilburys, etc) are also often brought up through Asher’s discourse.

While I am a Beatles fan, I can’t say that I’m a Beatlemaniac or deeply knowledgeable about the Fab Four.  I can’t quote anything about their history (I can’t even quote most of their songs), but I enjoy their music, and as an avid reader, I enjoy reading about them. This book was a very easy read. Given the format, I found that when I had a moment to read something, but couldn’t get involved in a story, I could pick this up and get a good, short read.

Looking for a good book? The Beatles From A to Zed by Peter Asher is a clever, fresh look at The Beatles by someone who is able to offer to new insight to The Beatles’ history.

The Beatles from A to Zed: An Alphabetical Mystery Tour