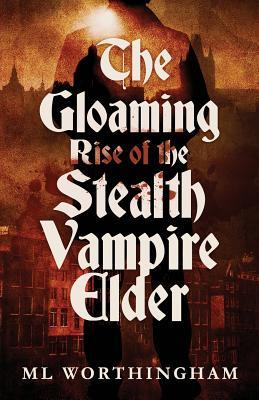 I receive ARC’s (Advance Reading Copies) in a variety of different ways. In this case the publicist reached out to me and offered the book to me in exchange for a review.  I was a little reluctant because I’m quite behind in my ARC reading already, and said that I couldn’t promise timeliness, although the description of the book was of interest.

The story: In the eighteenth century there was a mass slaughter of vampires in Europe. Valentin, a vampire elder, is committed to not killing human and tries to hold his fellow flock members (a covenant). But Valentin is only one of the three main characters whose point of view we follow.  We also follow Steve, a surfer dude from California who is on vacation in Europe, and Karolina, a “hot a hell” vampire (according to Steve).  They deal with vampire hunters and feeding parties (on humans).

I was moderately interested in the book as I was reading it – the writing was above average for a self-published novel. And then we had the first sex scene.  No big deal.  There are plenty of sex scenes in vampire lit, although this was a little more explicit than most.

And then we had the next sex scene.  And then the next, and so on.

The book took on a misogynistic tone early and never let go.  Women were described based on their physical attributes only, and used for the sex scenes and not much more.

Steve comes across as a brainless pretty boy but is given heroic consideration by other characters in the book, giving this reader the impression that he is the fantasy figure here, which I just couldn’t identify with.

The book was quite uneven.  There were moments that would shine and I would start to get interested in the story – specifically the history aspects of the vampires that author Worthingham was building.  And then the story would devolve into erotica which was completely out of place.  I’ve read and reviewed erotica and don’t have a problem with it as a concept or a brand of reading material.  But if the book doesn’t know what kind of genre it is, then the reader won’t know either.

Overall, this was a massive disappointment because the potential was there and showed through at times.

Looking for a good book? There’s no shortage of vampire fiction in the world today, but there’s nothing positive to make The Gloaming by ML Worthingham stand out.

I received a digital copy of this book from the publicist in exchange for an honest review.

The Gloaming, Rise of the Stealth Vampire Elder