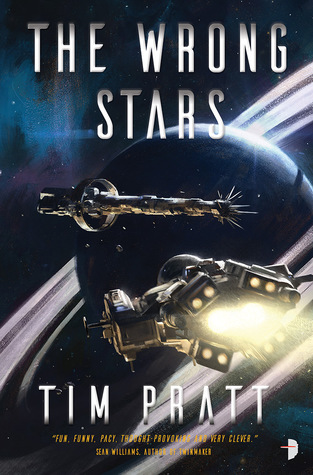 The ship White Raven is a scavenger, running freight, picking up salvage, and doing whatever they can to make a living. When they spot a ship floating lifelessly on the outskirts of the solar system they see an opportunity to make some money. What they didn’t expect, however, was that this salvage job would become a rescue operation. The floating ship turns out to be a 500-year-old ‘sleeper’ ship carrying passengers in a cryogenic sleep. The crew of White Raven manage to wake one passenger, Elena Oh, but they rest expire.

Elena tells her ‘rescuers’ that her ship and crewmates had intended to reach out far beyond the solar system to make first contact with aliens. She has no idea how or why her ship would be back (or still) in the solar system and she’s a bit taken aback that humans have many alien allies now.

It’s a mystery why Elena’s ship is back within reach, but something the White Raven crew finds on board could mean real trouble for all of Earth and its allies. But first Elena Oh and the White Raven captain, Callie Machedo, need to work out their lust for one another. Neither can stop thinking about the other in sexual terms, but both are sensitive to the fact that a same-sex sexual relationship might not be acceptable in the others’ world. Will we learn why Elena Oh’s ship is still in the system, but more importantly, will Oh and Machedo ever get it on?!

For the most part, I had a lot of fun here. I’ve found that I do enjoy a good space opera and author Tim Pratt does a nice job of presenting the reader with plenty of action and fun, new aliens to read about. There’s enough of a story to keep us interested in finding out what happens next and the characters are distinct enough and interesting to keep the reader interested. Character is key in space opera.

But let’s talk about the romance for a moment.

Bottom line: it was too much and completely unnecessary and not believable. Three strikes.

Fortunately the rest of the book was interesting enough to still garner three and a half stars.

Looking for a good book? The Wrong Stars by Tim Pratt is fast and fun space opera but the over-the-top lesbian attraction the two main characters have for one another drags the story down.