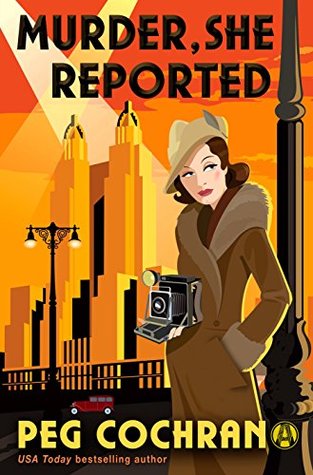 In 1938 Manhattan ‘Society’ it would have been unthinkable that a young woman would go out and get a job, but that’s precisely what Elizabeth Adams does.  Elizabeth loves taking pictures and she hopes someday to see one of her photos gracing the front page. But it’s 1938 and a woman in the newspaper office isn’t about to do much more than fetch coffee now and then. Until a veteran reporter needs a photographer and Elizabeth is the only one around. The story…?  It’s time for Society’s big ‘coming out’ party at the Waldorf.

Ralph, the veteran reporter, is impressed that Elizabeth seems to know all the women at the event and can get in to talk to them (he has no idea that Elizabeth is a Society dame) and he tasks her with getting some good photos and any insider information she can gather up.

When Elizabeth hears crying in a bathroom stall she opens the door and accidentally snaps a photo of a friend, capturing her bleary-eyed and with running make-up.  She promises not to publish the picture (though of course we all know what’s going to happen).  When that woman’s mother is later discovered murdered and Elizabeth and Ralph have the scoop, beating all the other papers, Elizabeth’s photo makes the front page. Feeling guilty for the breach in promise, Elizabeth vows to help her friend find her mother’s killer.

I really enjoy a good historical fiction story and the time period here is very appealing to me.

I like seeing a strong female protagonist – particularly for this time period, though I’d go so far as to say she’s not strong enough yet. Elizabeth tends to fall into good luck over and over, rather than taking control on her own.

Author Peg Cochran has clearly done some research.  And yet … Cochran has done some research and shares it such that it doesn’t really add to the story. It comes across as filler to make sure we know what era we’re in because really this doesn’t feel like 1938.  We only know it because we’re told it with the little research snippets dropped in, and most of those snippets are things that could be found with a quick Google search.

This has some potential and I liked the basic character, but I’d like it much better if she were a stronger female character.

For historical mysteries, I’d still prefer the Jake and Laura series by Michael Murphy also published by Alibi a few years ago.

Looking for a good book? Murder, She Reported, by Peg Cochran, is a simple mystery set in the late 1930’s with a female protagonist that is sweet, but not particularly engaging.