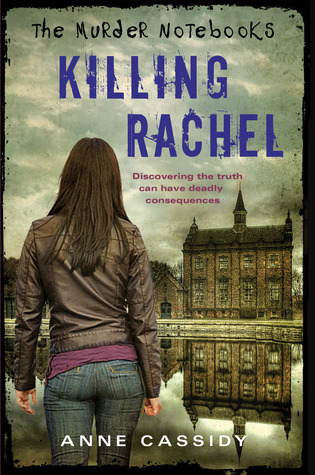 I have often enjoyed YA novels but it’s only been in the last couple of years that I’ve come to enjoy mysteries so this is possibly one of the first books I’ve read that is a cross between the two.  It also happens to be one of the oldest books in my Advance Reading Copy queue.  And now I wish it had stayed in the queue.

First, this is apparently a second book in a series – though I’m not convinced that it matters.  The problems with the book aren’t about character back story or our not understanding a character motivation because it might have been set up in a previous book.  No, the problem is probably more to do with lack of motivation.

Rose’s parents went missing a few years ago.  Rose is convinced they are dead, but her brother Joshua thinks there’s a conspiracy afoot that has them in hiding. Rose and Joshua get different stories from others and the case of their disappearance appears to be coming to a close.

This is the story that is carried over from the first book (or so I gather).

Here, Rose is getting calls and texts from an old friend, Rachel, asking for Rose’s help. But Rose and Rachel had a falling out and Rose is not particularly keen on helping.  In fact….

Rachel has been found dead, drowned in a lake near her school. It’s ruled a suicide but Rose doesn’t believe that to be true.  She takes it upon herself to investigate.

This book was DULL.  For a mystery, with two running plots, this was excruciatingly slow. And part of what makes this slow is that the characters aren’t very interesting.  The most interesting character in the book is the missing parents.

There is no ‘chemistry’ between any of the characters and you really just don’t care about anyone and you could almost understand Rachel’s death as a suicide in this very dull world.

Looking for a good book? Me, too, because this wasn’t it.