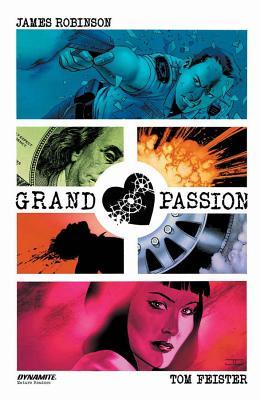 Mabel and Steve are a Bonnie and Clyde type pair of thieves, robbing banks all across small towns, somewhere in rural America.  After a robbery they make love, covered in their stolen money and plan their next adventure.  Mac is a quiet but sturdy cop who’s moved to a small town after the death (by cancer) of his wife.  He’s met with a very cold reception by the other cops, including the captain, though his partner seems moderately friendly and willing to offer advice – usually “give it time.”

Their stories intersect when Steve and Mabel rob a bank in the small town where Mac has recently started working.  Mac and his partner try to stop the bank robbers.  Mac’s partner is killed and Mac kills Steve.  Mabel draws a bead on Mac, but when they look in each others’ eyes there’s an inexplicable connection and Mabel turns and makes a getaway.

The connection draws Mac and Mabel together and they both realize that there’s something fishy going on with the local cops.  Mac starts asking questions around the station which doesn’t win him any friends.  An unlikely romance brews.

It’s hard to tell much of this story without giving the story away and discovering the story as it happens is a great part of the joy in this book.

The first four chapters – which would be the first four comic issues when they were released individually – are fabulous.  This is a modern noir story with a whole series of characters just trying to do their own thing and their lives intersect.  Author James Robinson lays out a gritty, gripping story that keeps changing, keeping the reader on his/her toes.

Unfortunately, there are five chapters in this book.

I’m not going to speculate on why Robinson’s story changed so much when it got to the last chapter, but know that it does.  Characters backtrack or go completely opposite of what they’ve said in the earlier books, and when questioned about it they simply reply “I’ve changed my mind.”

And any moderately literate reader will spot the ending the moment it begins.

By the time I was into the third portion of this book, I was sure I was going to give this a 4.5 star rating, but the last portion is so bad that this drops down to two stars.

Looking for a good book? Grand Passion is a graphic novel by James Robinson and Tom Feister that really draws the reader in for a great noir story but drops the final portion so poorly that it isn’t really worth reading the story.