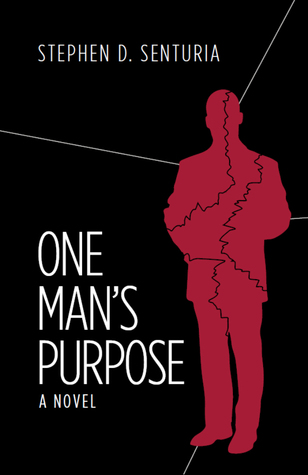 Martin Quint is a respected professor at an elite technological institute is a busy man… he’s mentoring a new professor, he and his wife are expecting, he’s on a panel reviewing possible tenure cases, and he’s dealing with a leak inside his department – someone is publishing private emails in regards to the tenure cases. How is a simple professor to cope with it all?

There is an easy readability to this book … author Stephen D. Senturia writes in a smooth, soothing manner.  …But that isn’t always a good thing!

Martin Quint is an academic superman.  He can do no wrong!  Although author Senturia loads up on Quint, giving what might seem like an unbearable load to show the reader how much he has on his plate, how important he is, and how efficient he is.  It’s also an attempt to create conflict – one of the essential ingredients for all fiction.

But there is no conflict.  Quint super-heroically takes it all on in stride.  No tension is ever built. Senturia even tries to build in a hint of illicit romance — Quint’s pregnant wife is concerned about all the time he is spending , as adviser, with the female professor and mentions – more than once – that she is concerned he’s having an affair.  But he isn’t, and tells her so. Crisis solved!

Those who work in academia will recognize the bureaucratic politics that goes on in high education and those who aren’t may be a little surprised at the petty meanderings of our educational instructors.  I did find the teaching ability vs research work criteria for tenure discussions quite interesting but that really is all that held me to the book.

There were plenty of issues set up to draw from to create more conflict and tension, but nothing was ever seized and given proper weight.  I was especially hoping for more with the ‘hacking’ issue, but that did nothing more than serve a purpose to talk about the tenure.

Looking for a good book?  One Man’s Purpose by Stephen D. Senturia was an easy read but really goes nowhere and has no purpose.