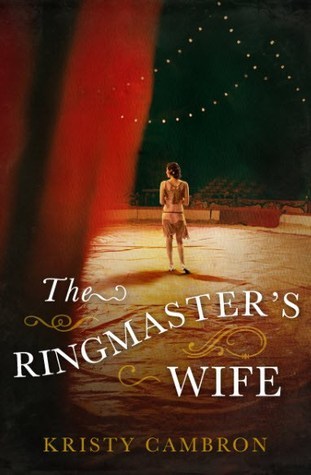 Like a lot of readers today, I am drawn to books about or with a circus atmosphere.  You can’t get much more circus than a tale about a woman with the Ringling Brothers.

Rosamund Easling is born into a wealthy family, but as often happened (especially during this era), the family was looking at a declining wealth and Rosamund’s father had to sell a prized horse to make ends meet.  But Rosamund wasn’t going to give up her most favorite possession (and friend) without a fight.  Instead, she winds up travelling with her horse Ingénue and riding for John Ringling, though her heart is clearly not so much in performing but in being with her horse.  It is Mabel Ringling who finds a way to keep Rosamund grounded and with the circus (despite Mabel’s typically being quite reclusive).

And while Rosamund never truly seems to belong to the circus, it is there that she makes her life and meets her husband.

While I do enjoy a well-written circus story, I went in to this expecting what might be termed ‘chick-lit’ and for that, I was not disappointed.  There really isn’t a lot of magic here.  You don’t come away feeling as though you can smell the circus.  But you might come away from the book thinking “Oh, sweet girl.  Nice man.”

The book is told, at first, in changing times and changing perspectives.  It took me a bit to stick with the book.  When was I?  Where was I?  Who are we following now?  This seems to be a popular convention in literature today.  It’s a fad that I won’t mind disappearing. (It won’t go away completely, but it won’t be a common form.)

The story is moderately straightforward once the characters are all identified and their backgrounds established (and I’m not convinced we need as much background as we’re given – instead of getting vital information we spend time just create a little heart-tugging moment) and we get a relaxed journey for someone who was fortunate enough to work in a wildly exotic and entertaining field (but never really seemed to fit in).

I enjoyed the book much more from the second half to the end.  I think this is because the first half jumps around so much.  Once the story is allowed to flow, it is definitely easier to get caught up in the lives of the characters.

Looking for a good book?  Fans of Water for Elephants or even The Night Circus are likely to enjoy The Ringmaster’s Wife by Kristy Cambron – a slightly rambling story about one circus star.

I received a copy of this book from the publicist, Smith Publicity, in exchange for an honest review.