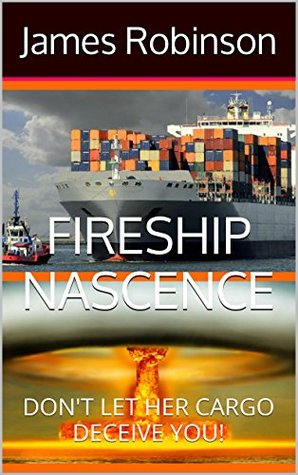 I think that there’s an intriguing, rather complicated plot in here, but the style of writing is so dull and bland that it’s hard to get excited. This is supposed to be a thriller of epic proportions, with world-wide terrorists and the threat of global destruction via nuclear explosions. Thrilling, right?   I wish it were so.

One of the primary rules of creative writing is “show, don’t tell.”  My kindle edition of this book is riddled with highlights I made of ‘telling’ rather than ‘showing’ throughout this book.  I could easily highlight entire pages and I won’t bore the reader of this review with too many, but a few examples are in order:

“Jeff’s daydreaming breaks when he hears Daniel coming downstairs.”  First of all, there was nothing to imply (or directly tell us) that Jeff was daydreaming.  But had I written that back in my college days my teacher would have circled it with a fat red pencil and told me to SHOW us that his daydreaming had broken.

Two sentences later we are told, “Daniel is married to a beautiful and intelligent woman named Marcia.  Daniel and Marcia met in college.”

How about: “Jeff and Kyle are proud to be a part of the Genesis organization.  It makes them feel like family and it gives them purpose.”  This strikes me as integral character development information.  When we are told this, this directly, this flat-out, it doesn’t allow for the reader to feel any sort of connection or bond with the characters.  They become nothing more than ink on a page.  And when you don’t allow the reader to develop a connection with your main characters, you must work so much harder to hold the reader’s interest.

The lack of ‘showing’ makes the writing appear stiff:

The converts in Jameela’s class must read and be very familiar with Sun Tzu’s book The Art of War before this intense workshop.
In this workshop, Jeff finds comfort in knowing that terrorists are not monsters.

Again…this struck me as important information, or at least important character development, but it is delivered with the pragmatism of a Xerox instruction manual.

At one point, a character says, “Dude, you need to talk with Jameela.”  I was dumbstruck.  I went back to read the sentence three times.  Nowhere in the book did I sense anything that would lead to someone referring to someone else as casually as “Dude.” “Dude” pops up a few times throughout, and each time it struck me as feeling so out-of-place.  And of course, ti shouldn’t.  It should be perfectly natural for a couple of military guys to refer to one another as ‘dude,’ but again, this goes back to how stiff the writing is.  When something casual and rather innocent, such as ‘dude’ stands out like a sore thumb, there’s a problem.

One of the other issues I had with the book was what seemed to be a constant need to lecture the reader; to give us factual information.  Putting facts into a work of fiction is an art form.  If we want to read non-fiction, we will.  It’s FANTASTIC when we can learn something even when reading fiction, but when it is delivered like a college lecture, it slows down the action of the book, and, frankly, I find it insulting (if I already know the information, I’m even more annoyed that you’ve slowed me down and treated me like an idiot).

The name Iran has been in use natively since 1935, before which the country was widely known as Persia.  Both Persia and Iran are used interchangeably in cultural contexts.  (This is not information delivered by one character to another, but by the narrative author to the reader.)

We also, later, get a lecture on leatherback turtles, though that, at least, is delivered through a story told by one of the characters.

Complicating what is already a tough read, is a strange narrative point of view.

Jeff was here several months ago on an encounter with Jameela.  She meets him at discreet (sic) locations like this one.  But this time, she sent him on official business.  Today, he will meet the Widowmaker.  Jeff loves the district as it is close to all the Bucharest tourist attractions and business district.

Daniel and JR have no idea that they are at the precipice of a new normal.

It appears to be a Third-Person Omniscient format, but perhaps because of the dry, formal narrative structure, the omniscience doesn’t come across too well.

Once again, there’s an interesting plot here, although the ending is a little over the top.  It’s a little more melodramatic than a Hollywood WWII propaganda film with the stars and stripes waving over the nuclear blast while we all salute the dead who have saved the world.\

I really was hoping for a good thriller because I haven’t read one in awhile.  I still haven’t.

Looking for a good book?  Recommendation is that you pass on this.

I received this book as part of the Goodreads First Reads Giveaway in exchange for an honest review.