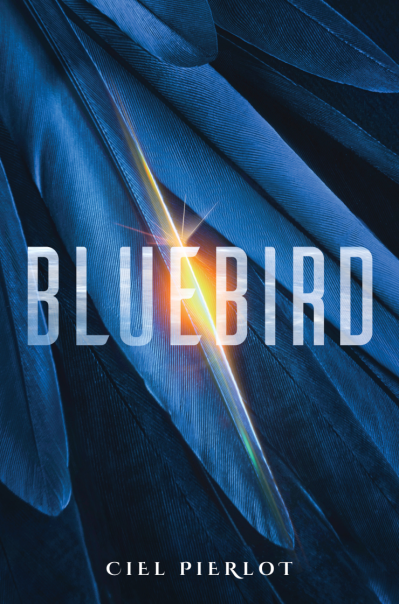 That’s the first sentence for the description of this book on Goodreads.  That’s kind of all you need to know, but if you want just a little bit more….

Rig, a blue, bald, headscarf-wearing alien, is a gunslinger and a thief.  She’s a badass who knows that no one is looking out for herself beside herself. She’s fighting to stay safe in a universe that has three main factions fighting each other for territorial control.  They can all just go to hell as far as she’s concerned. Until, that is, she gets a message from one of the factions that she used to belong to.  They want something – something they claim she stole from them – and if she doesn’t return it, they’re going to kill Rig’s sister.

Rig gets a little bit of help – from her librarian girlfriend (June) and a mysterious bounty hunter (Ginka) – and they will fly to the ends of the galaxy to keep both her sister, and tens of millions of innocent souls, safe. Her sister will be killed if she doesn’t turn over what she stole, but if what she’s got (and has hidden) gets into the wrong hands (which is pretty much anyone’s hands), then a lot of people will die!  It’s not a dilemma, it’s a challenge.

This is really just, fun space opera fiction.  Lot’s of action surrounding a gruff, tough main character, and one crises/climax following another – bordering on too many, depending on how you like your space opera.

What sets this apart (and I’m often complaining that books don’t set themselves apart from similar works enough) is the dominant female characters throughout.  Even though Rig is a lot like every rogue male character you’ve ever read or seen, (does she chomp on a cigar?) the very fact that she is alien and she identifies as female, makes this just different enough, a different outlook on so many things.  But at the same time, she’s got a very tender (ie feminine) side that we don’t often get to see in these reluctant, rogue hero types.

I did feel that author Ciel Pierlot did pull the trigger once too many times with the ending(s), but enough to make me dislike the book. Overall this was fun and I’m glad I read it.  Would I read another book with these characters? Yes.  Would I be actively seeking out such a book? No. It would be a case of me picking up a book at the store and reading the description and saying, “Oh yeah, I read Bluebird … that was pretty good.  I could read this, too.”

Looking for a good book? Bluebird, by Ciel Pierlot, is rip-roaring space opera with a lesbian twist, which gives it just enough of an edge to make it stand out among all the other space operas out there.