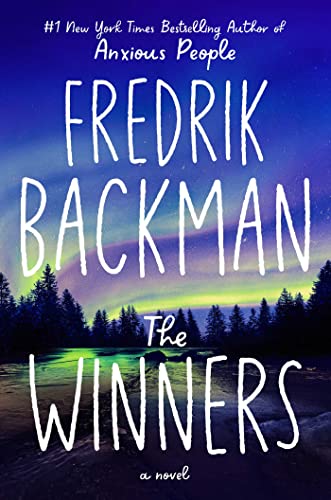 It’s been a couple of years since the assault that tore Beartown and Hed apart. Some people are trying to move on, while others fight to hang on to what life was before everything fell apart.  A tempest blows and brings with it some change.  A local is killed as a result of the storm and a stranger and a hero roll into town with the promise of making a winner from one of the most skilled local hockey players.

But not everyone is looking to move on.  At least one person is hanging on to some of the most devastating events of the past, letting hatred and anger fester and grow. Life doesn’t stop in the event of a tragedy, and sometimes that’s a tragedy in itself because people need the time to recover.

Once again Fredrik Backman shows us that he understands people … he understands what it means to be human and he can show us so many different sides, the dark and the light, the frustrations and the dreams, of humanity. Not since Shakespeare has one writer consistently captured the essence of humanity. And for this, I will continue to read Backman’s books.

But unlike Shakespeare’s tragedies, where the bad things that happen don’t seem as real or as direct, the tragedies in Backman’s stories are immediate and they happen to the innocent and the caring. They happen to the good people more so than those we might think of as ‘deserving’ of punishment or ill-will. And this makes Backman hard to read sometimes.

What caught me with this book was the heavy-handed way Backman lays out this story.  His very narrative style here is set up to lay it on thick, cover it with sweet syrup, tease us with it, and then pull it all away.  “It” being the tug of heartstrings, the playing with emotions, making us react with our hearts rather than our minds. And I didn’t appreciate that.

Yet while I didn’t like the method by which the story was told, I still really liked spending time with these characters.  I know them all.  You know them all.  These are people who live in every small community. The names may be different than the people in our towns, but their behavior and their motives remains the same. For the most part, I think I liked these characters as they appear here more than I did in the previous two books. The new-comers to town bring some much-needed positivity.

Backman’s books are pure gold. In general, you can’t go wrong with a Backman book. But some will weigh heavier on you than others.  This one weighs a lot.

Looking for a good book? The Winners, by Fredrik Backman, brings about some closure to the Beartown trilogy but not all stories have a happy ending.

I received a digital copy of this book from the publisher, through both Edelweiss and Netgalley, in exchange for an honest review.