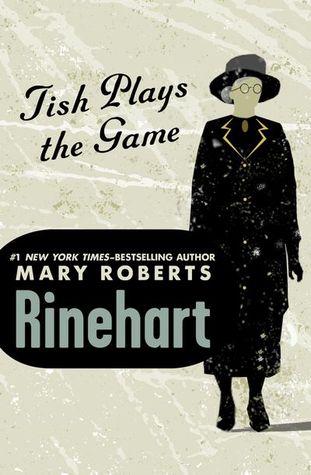 I don’t know what I was expecting with this book (well … maybe I do) but this definitely wasn’t it.

While I have never read a book by Mary Roberts Rinehart prior to this, it was my understanding that she was a mystery writer, so imagine my surprise at this collection of humorous short stories!

The stories center around a middle-aged spinster woman named Letitia (“Tish”) Carberry. I say ‘middle aged’ even though she and her friends call themselves ‘old.’ The stories are narrator/described by one of Tish’s friends, Lizzie.

Tish is one of those spunky older women who is seemingly oblivious to danger, gets into all sorts of humorous, sticky situations, and manages to come through in the end, having achieved her goal – whatever that might be. Everything will work out for Tish and her friends, but there will be some bumps and laughs along the way.  The friend, Aggie, seems to come away bearing the brunt of Tish’s escapades.

The story that stands out the most to me (not necessarily for being the best, but the most outlandish, is “The Treasure Hunt.” Here Tish has a bee in her bonnet about being the first to solve a series of clues.  She’s pretty smart and soon everyone else in the treasure hunt is following Tish, knowing that she’ll lead the way to the next clue. But along the way she has a run in with the local constabulary who threaten to put her in jail … although that’s precisely where she wants to go because she thinks it will lead her to the solution of the treasure hunt.

I actually quite enjoyed these stories (once I got over my expectation that they were going to be mysteries) and would definitely read more. They remind me of a cross between the Marx Brothers and Lucille Ball. The style reminds me of P.G. Wodehouse, but with spinster ladies in stead of a crusty butler.

Looking for a good book? Tish Plays the Game by Mary Roberts Rinehart, written nearly 100 years ago, is still humorous fiction worth reading.