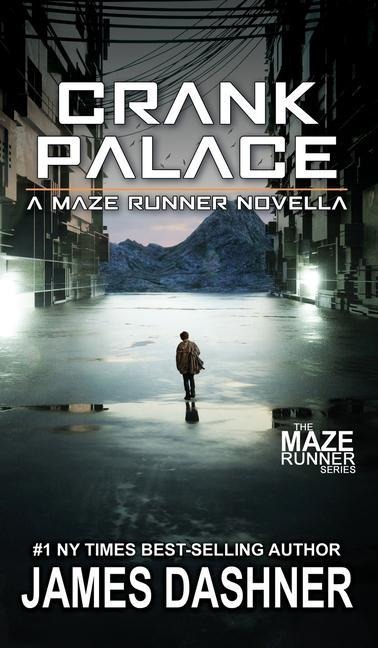 The Maze Runner.
Since the days of the ‘boy wizard’  books and films geared toward a young adult audience have flourished, but only a couple have had real success and one of those is James Dashner’s “Maze Runner” series. I’ve only seen the first film and I’ve only read one of the books but when I saw there was a new story, a novella, in the series I was quite curious to check it out.
This is Newt’s story. He does not want his friends to have to watch him suffer from the virus as he falls into a madness, so he leaves a note and before they return from a mission in Colorado, and heads out to the streets. But the streets have unique dangers. He has to avoid the infected as well as those trying to track down the infected. Ultimately he will find his way to Crank Palace – the home to those without hope. Is this the end of Newt’s story?
This is a character-driven story (my favorite kind) and even though I’m not really familiar with Newt (not like the dedicated fans) I understood this character, his motivations, and his trials. You don’t need to know the entire series to enjoy this particular story, though I greatly suspect that those who have more of an attachment to the series and the characters (and Newt in particular) may find this emotionally exhausting.
This definitely has me interested in going back to read the entire series.
Looking for a good book? You don’t have to know the entire series to enjoy Crank Palace, a Maze Runner story by James Dashner.