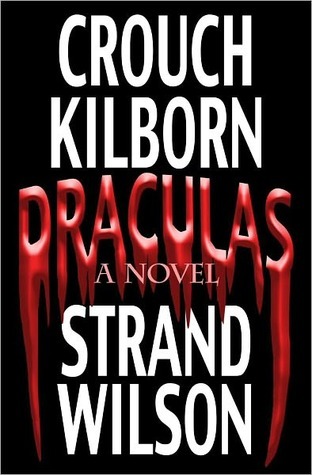 I’m often on the look-out for a good horror novel to read, and when I saw this, with a couple of author names I recognized, I thought this would be a good read and satisfy my hunger for something dark.

But I was wrong.

The horror genre can come in different forms and my least favorite is one that relies on a lot of blood and sinew and human body parts being torn or ripped off and described in explicit detail.  It’s horrific but the effect is numbing after a little bit.  How many times can you describe blood or the sound of a limb being torn off, or the appearance of everything under a person’s skin, now exposed, and still make it interesting?  This is nothing more than splatterpunk at its extreme and I would agree with Robert Bloch who said of the genre, “there is a distinction to be made between that which inspires terror and that which inspires nausea” (Wikipedia).

To make matters even worse, from a story-telling perspective, the entire book takes place in one setting (a hospital) over the course of a few hours.  How do you build tension and terror when it’s essentially the same moment, repeated over and over?  You don’t.

Briefly, a collector of odd antiquities is in a rural hospital, losing his battle with cancer.  A package arrives … a skull he’s been looking forward to owning.  The skull has an unusual appearance … it is a human skull but has sharp fangs. When it slips and the fangs sink into his skin, a transformation begins.  He has become infected with something that now changes him. His cancer seems to abate, but he now has a powerful hunger for blood.  His teeth fall out and new teeth, fangs like those on the skull quickly grow in.  He uses them to bite into the nearest person. They lose their teeth and new ones grow in, and the hospital becomes a warzone of those who hunger for human blood, and those who are trying to keep theirs inside their bodies.

I don’t mind changing up the ‘rules’ that have been previously established for certain supernatural creatures – and the authors here warn us that these vampires aren’t going to be like any we’ve read about before – but if you’re going to change the rules, change them!  Don’t just swap them!  These ‘draculas’ (the term given them by other characters in the book) are nothing more than common ‘zombies’ except instead of hungering for brains, they hunger for blood.  They have the same ‘keep on coming’ traits that most zombies in modern literature posses. Slash them, disembowel them, rend them limb from limb and thepart with their fangs will keep coming.  I was really disappointed that this wasn’t really something new and instead the authors just changed one creature for another.

This was a huge disappointment all around.

Looking for a good book?  You won’t find it here.