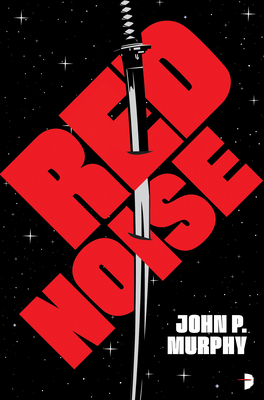 An asteroid miner, looking to refuel and stock up on necessities such as food and, water, and oxygen, heads to the nearest space station (Station #35) with a cargo of ore to sell, which should get her enough to purchase her supplies. The Miner (as she is named throughout the book) is met be the station’s self-described ‘welcoming committee’ who try to intimidate her with a show of strength and a slough of fees for services for services that may or may not be rendered.

A corrupt stationmaster is not entirely unexpected and The Miner is willing to pay the ridiculous fees and receive a less than standard take for her ore – in part because she’s not sure she can make it to the next station on the fuel and oxygen she’s got, and there’s no telling if the next station isn’t just as, or more, corrupt than where she’s at.

But the ‘locals’ don’t exactly leave The Miner alone (which they will come to regret) since she’s new blood on the station and she doesn’t look like she would put up much of a fight. The Miner then finds herself in the middle of a three-way stand-off among the station administrators, law enforcement, and engineers.  She will choose a side, then switch, and play them all against one another until they come together with a common goal – to get rid of her.

This was one of those books that came as a total surprise to me. I knew nothing of the author and read no descriptions prior to starting the book.  It’s published by Angry Robot and they are a publisher from whom I will typically read everything they put out, and I do it precisely for this reason – to find something new that I will really enjoy.

In essence, this is a ‘western’ story turned space opera where the confident gunslinger walks into a quiet town and rescues the innocent locals from the various threats. Except this gunslinger is a woman with a katana (Japanese sword).

The story is fine. We can predict a little bit what will happen, though author John P. Murphy does bring in new sources of conflict at just the right times, but what really makes this book soar is the characters. The Miner is fantastic.  Think of Clint Eastwood as the Character With No Name in The Good, The Bad, and The Ugly – appropriate not only because we know her only as The Miner (no name) but also because of her confidence and her very evident abilities.  The town she saves is Station 35, and despite a three-way fight between the locals, there’s still a resident or two who are worth saving.

The Miner’s got some bad-ass skills, and a little bits of her past are revealed through the course of the book … just enough to satisfy this reader, but also with just enough mystery still that another book is easy to anticipate.

This is not a ‘cozy’ story – there’s a lot of blood shed on and around Station 35, most (but not all) of it inflicted by The Miner. But it’s not graphically detailed and we definitely understand that The Miner would rather the antagonists lay down their weapons and walk away, but that she’ll fight to kill if given no option.

Murphy’s writing is tight and deliberate and it is very easy to fall into this book and not want to leave until the last page is read.  I had a great deal of fun here and The Miner is the kind of hero (heroine) that a reader can really rally behind.

Looking for a good book? Red Noise by John P. Murphy is exciting space opera with great characters. If you like westerns in space or adventurous sci-fi where the good guys win and the bad guys lose, then you’ll love this book.