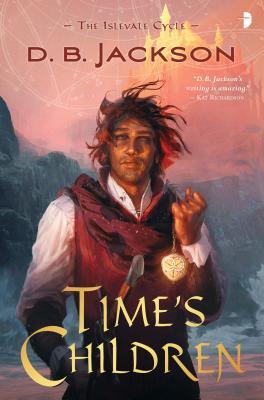 Mearlan IV, the ruler of Daerjen is looking to add a Walker to his retinue.  That Walker is 15 year old Tobias Doljan. A Walker is someone with thew ability and training to walk backward and forward in time – usually to give important messages to someone to watch out or be careful about something. And of course a ruler such as Mearlan wants to make sure he has a Walker to warn him about dangers. But Mearlan has a job for Tobias – an unusual request and one that he won’t repeat.  Mearlan wants Tobias to go back and tell the younger Mearlan not to start the war that he’s currently in and losing.

There’s an important side-effect to Walking through time.  The body ages with the amount of time Walked.  If a Walker goes backward one day, he ages a day, and if he goes forward one day, to the time he initially left, he ages another day, even though no one else has aged.  Mearlan IV has asked Tobias to Walk backward 14 years, to an integral point before the war starts.  Of course Tobias, who will be 29 in body and 15 in mind, will have to try to find a way to convince Mearlan that he was sent by his older self.

But along the way, assassins are trying to take out Tobias, and disasters occur that suggest the future will be changed in some very unexpected ways. Tobias may be the only one who can salvage or resurrect the future the way it’s supposed to happen.

I’ve read a few time-travel books and they’re always pretty confounding, but author D.B. Jackson has done a pretty remarkable job of making sense of the vagaries of time travel.  I do like the addition of aging, which does put some limits on how far backward or forward someone can travel.

The story is greatly interesting right at the start as we get settled in to this world and the beginning of Tobias’ quest.  As the action picks up I lost interest in some of the story.  Things change drastically, and the changes keep coming for a bit, and at some point it is just a little too much.  It settles back down (if action chases can be considered ‘settles down’) and we return to story-telling over action sequences which is much more interesting.

The book is the first part of a series and as such, there are unanswered questions and an unresolved story-line when we get to the end of the book.

I liked Jackson’s writing, and the overall concept is quite intriguing. Jackson takes on a challenging theme with time travel, but he builds a story around it very well.  But his story is much more interesting than his action sequences.

Looking for a good book? Time’s Children by D.B. Jackson is a clever fantasy and well-written.  I look forward to the next book in the series.