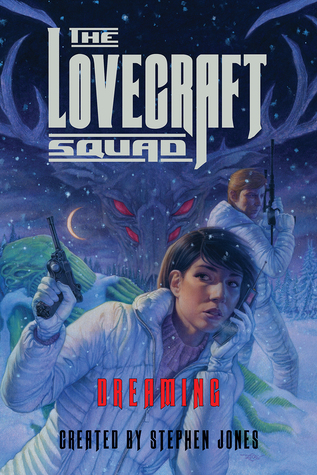 How did I not know about this series until book three?!

The premise: There are cultist out there (such as Olde Fellowes and the Esoteric Order of Dagon) who are trying to disrupt Order and they do it by going through dimensions of space and time.  There is an organization set up to combat these cultists: The Lovecraft Squad – fighting agents of Cthulhu since everywhen!

The book is a collection of short stories – although if I have one major complaint about the book, this is never really made clear. There are a number of authors listed on the title page, but there is no table of contents page.  We start out with “The Story So Far…” and then a prologue (“The Black Ship”) and then to “One | The Dreams in the White House” and then to “Two | Weird Shadows Over Innsbruck” etc. There is no author listed for each chapter or each story, so it looks like a novel, but I was really confused when we never came back to the events of a chapter. But when I read this as a series of connected short stories, it made much more sense.

The Lovecraft Squad fight off all kinds of supernatural creatures through some really significant events throughout history.  From the assassination of President Kennedy to the Watergate break-in to landing on the moon we follow squad members – who often know how the events are supposed to turn out.

This was delightfully fun.  Crossing H.P. Lovecraft with The X Files – that’s how I see this – is kind of brilliant. Once I caught on how to read this, I really enjoyed it.

I also have to say that the cover art (as depicted here) by Douglas Klauba is spot-on perfect and really, this was one of the things that first caught my eye about this book.  I have a real fondness for 1950’s-70’s pulp literature, especially YA for boys, and there was a ‘look’ about the covers that let you know immediately what was inside.  Think Christopher Cool: 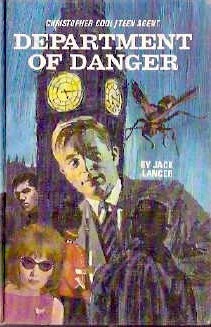 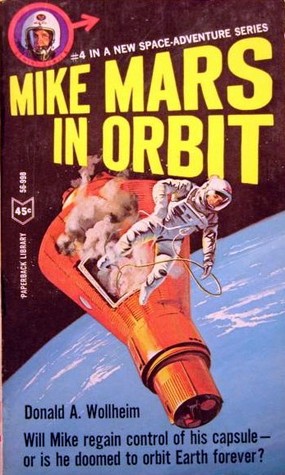 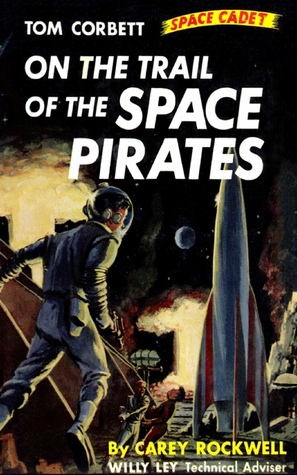 This cover has that same effect for me.

I do wish I knew who had written which parts, because there are some of the pieces that were stronger than others and it’s always nice to build up a library of authors whose work you enjoy.

The authors who contributed here are:

Looking for a good book? If you enjoy the dark strangeness of H. P. Lovecraft and the energizing mysteries of The X Files, you should really enjoy The Lovecraft Squad: Dreaming, created by Stephen Jones.

I received a digital copy of the book from the publisher, through Edelweiss, in exchange for an honest review.