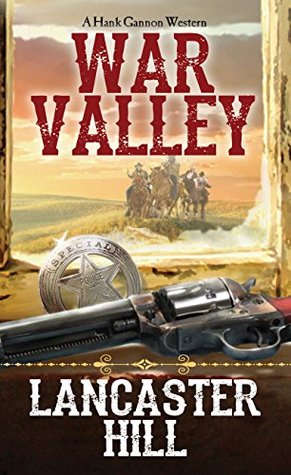 Hank Gannon was a Confederate soldier from the plantations of Florida.  After the Civil War he decided to work to make the entire country a peaceful nation and, putting his skills to good use, joined the Texas Special Police. He had a plan to work hard and well and make a good home for himself and Constance, the girl who waited for him to come home after each job. And this was going well. Gannon was one of the best officers in the Texas Special Police until he is returning to Austin with a prisoner and the prisoner dies in his custody.

Gannon is forced to quit the police and run away before he is hung out to dry by administrators looking to set an example. But where he’s headed is Comanche territory. Gannon meets up with Roving Wolf, a Comanche warrior who has just killed a man.  That man was a former soldier who fought with Gannon during the war.  Even though he has no legal standing as a lawman, Gannon feels compelled to uphold the law and take Roving Wolf in for murder. But as Gannon and Roving Wolf fight their own battle, the Comanches and the Texas Special Police and the Texas State Guard prepare for a battle.

This is a good, strong western. In many ways the cast of characters is pretty small.  It’s mostly Gannon and Roving Wolf and everyone else is incidental. With that in mind, we get a good look at Gannon and his tough determination and code of ethics.  Roving Wolf seems to be a bit of a stereotype for the ‘Indian warrior” that we are familiar with from western literature and the movies.

The story is pretty straight-forward with good (Gannon) versus evil (Roving Wolf and the Comanches) and for fans of western fiction, that’s pretty much what we want… men being Men and taking care of the Bad Guys in strong fashion.

There aren’t a lot of new westerns out there in the book market so this is a welcome addition to the genre bookshelves.

Looking for a good book? War Valley by Lancaster Hill is a new western with plenty of action and a macho main character that should appeal to fans of the genre.