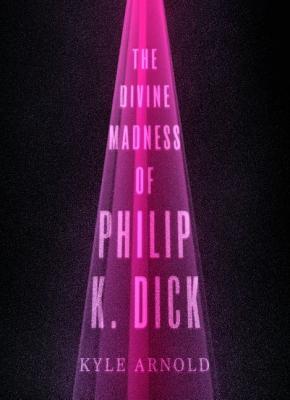 Science fiction author Philip K. Dick is remembered as an author whose books were innovative and creative and often had multiple layers of reality within the story and the reader was never quite certain which ‘reality’ was the ‘proper’ timeline.  His books were the basis for movies such as Blade Runner and Total Recall and The Minority Report, among others.  He is also remembered as a man with severe psychiatric and paranoia issues.  Kyle Arnold’s biography, The Divine Madness of Philip K. Dick, explores Dick’s personal life much more than his literary career.

The book is not nearly as clinical in presentation as I thought it would be. Author Kyle Arnold presents some of Dick’s reported behavior and addresses the probable causes of the behavior, given standard psychiatric knowledge.  This is of course difficult in some ways because Phil Dick isn’t around for actual study, but instead we rely on written notes and observation memories from people who knew Dick.  This isn’t always the most reliable.

I have casually followed Phil Dick as I really have enjoyed his books.  Because of this, I’ve been exposed to his personal struggles, from his life-long association to his dead twin sister to his drug use.  This book doesn’t really present anything new to the general knowledge of Dick’s personal life.  Nor does it offer any insight into his work other than the generally accepted thought that his paranoia crept in to his work.

Arnold mostly attempts to analyze Dick based on Dick’s own thoughts about himself and too often I felt that Arnold made very tenuous assessments, couching his comments carefully, pointing out how Dick’s behavior falls within the guidelines of noted psychological behavior (ie: “A key idea in Winnicott’s conception of the false self is that the person with a false self perceives other people conflictually. … That kind of conflictual pattern became increasingly evident in Dick’s life in the late 1970s and 1980s.”)

At the end of a non-fiction book like this I ask myself a couple of questions, first being – did I learn anything? And I’d have to answer that with a ‘no.’  Did I know all the details that Arnold lays out about Dick

s life?  No, I didn’t.  But what is told to the reader isn’t anything that really has an impact on me or on my enjoyment or even my understanding of Dick’s work.  I don’t feel any more informed or smarter or better off because of this.  There was no ‘wow’ factor here or even any “hmmm, that explains a few things” factors.

Moderately interesting but not recommendation worthy.

Looking for a good book? The Divine Madness of Philip K. Dick is a psychological biography by Kyle Arnold that only slightly touches new ground but isn’t really worth the effort.