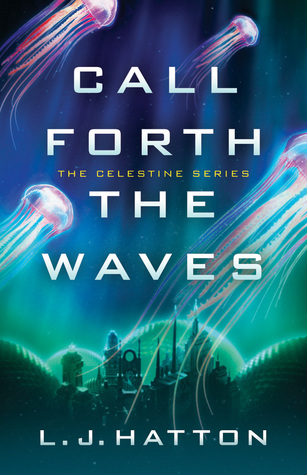 Ah…book two in a series. I’ve somehow done it again and jumped into the middle of a series.  This does not appear to be a series that it is easy to jump into right in the middle.  The biggest problem is understanding who the characters are and their relationships.  It was clear that I was missing something as I went through the book.

Not too far into the future, aliens have visited the earth but have since moved on.  Unfortunately, they left behind some rains that aren’t the normal rains the earth has seen before.  Penn Roma is a sixteen year old girl.  She and her sisters have supernatural abilities that they must keep secret or face harsh retribution from the government.  In fact, the government has an agency devoted just to seeking out people like Penn.

The beginning of this book really caught my attention and had me interested in the people and what was happening.  And the last fifteen percent of the book was a wild adventure that also really had me.  But the 60-80% in the middle?  Not so much.

I’m sure it is because I hadn’t read the first book and I didn’t understand the characters, their motivations, and the world in which they lived, but I didn’t really understand what was going on.  I was lost and because of that, I was bored.

This is definitely a common trait in publishing today – to publish books as a series where each book is treated like a chapter or a portion of a serial and you must read the whole thing to follow what is happening.  It’s great if you can hook a reader with the first book, but it’s dangerous when a reader picks up a later book and the writing doesn’t really fill the reader in.

The parts that I enjoyed, I enjoyed quite a bit.  But it wasn’t enough – the story not compelling enough and the characters not interesting enough to make me want to go back and read the first book or care enough to be on the lookout for the next one.

Looking for a good book?  Call Forth the Waves, by L. J. Hatton, is the second book in a YA dystopian future series and unless you’ve already read the first book, you probably won’t care much for this second book.

Call Forth the Waves