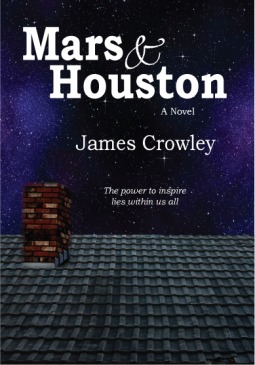 There’s a really beautiful idea behind this story, but the story fails.

Joey is an autistic young man who dreams and play-acts at being an astronaut.  Joey’s mother has a difficult time dealing with Joey’s autism and tends to discourage anything he does, being quite over-protective.  One day a new boy moves in to the house across the street.  His name is Ben and he lives with his grandmother.  Ben is also very interested in space and the astronaut program and the two become good friends.  Ben is extremely bright and at the top of his class, academically.  In school, Joey gets picked on a lot and Ben comes to his support, making Ben a target of the school bully as well.  Ben and Joey get in trouble for fighting back and the school principal tends to believe the bully’s story over Joey and Ben’s, and Joey’s mother thinks Ben is a poor influence.

Ben gets a scholarship to go away to a more rigorous school (he and Joey are in elementary school) and Ben will be attending Space Camp to learn all about being an astronaut.  Because of Joey’s mother’s putting an end to their friendship, Ben isn’t able to say goodbye to his best friend, Joey.  Joey struggles to understand why his friend left him.

Understanding autism and the needs of an autistic child is certainly something that hasn’t been very well written about in children’s fiction (to my knowledge).   And while I can’t say that I’m in a place to point fingers and say ‘this was wrong’ it does strike me as highly unusual that a parent, such as Joey’s, would continue to treat a child in such a way.  Rather than encouraging friendships and support, this woman essentially locks her child away and discourages any creativity.  I don’t have a special needs child, but I know people who do and I’ve never met anyone who treats their child this way.  I was annoyed right off the bat at this behavior.

While I liked Ben and what he represented, he was clearly too good to be true.  There was no question, no doubt in his mind that he would stand by Joey through thick and thin, despite having just moved to a new school and being one of the smartest kids around.  In his relationship with Joey, he took on the role of the proper adult.

I understand the desire to make him a role model to other youngsters who might chance across the book, showing them how they should conduct themselves with a special needs student, but Ben isn’t someone most other children can relate to.  He’s just too perfect.

The side story of the bully and getting into trouble is completely unnecessary, doesn’t ring true, and is resolved way too easily and not even a part of the action of the story. (It is resolved with an “oh, by the way … this is what happened” commentary.

This is a nice idea and everything is all goodness and light, but it is just not an interesting read.  I could not recommend it to anyone.

Looking for a good book? Mars and Houston is an overly didactic attempt to tell young readers how to treat students with special needs, by James Crowley.