THE BLACKHOUSE – Peter May 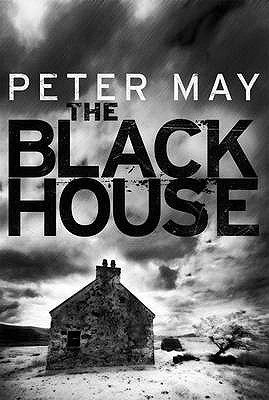 Fin Macleod was raised on the Isle of Lewis and is now being sent back to investigate a harsh murder that bears a remarkable similarity to a murder that occurred in Edinburgh.  Fin is trying to determine if there is a connection.  But returning to the island brings back memories and recollections from the locals who remember the young Fin.

Author Peter May has a horrific, nail-biting mystery and a comprehensive character sketch all rolled into one book.  Yet, that’s not necessarily a good thing.  In this case, it feels like two disjointed stories that have a little over-lap.  Part of this I attribute to the different points of view.  The story is in first person when we’re in the past, but in third person when we are present day.

The book moves slowly detailing the past, giving the reader lots of information about what it was like to grow up on this island and why a young man, Fin, would want to get away.

What I find most interesting is that this is touted as a murder mystery, but the murder is really only the jumping off point to get Fin Macleod’s story.  Because that’s what this is … it’s a story about a man who left the fold of ancient tradition and a barren (though lovely) landscape.  It just so happens that he now investigates murders and that investigation is bringing him home.

What Peter May does very well is create mood with his settings and descriptions and I very much enjoyed that particular aspect of this book.  He also draws his characters quite well.  What’s missing is a tighter story.

Looking for a good book?  The Blackhouse, by Peter May, is a moody mystery that favors mood and character over story.