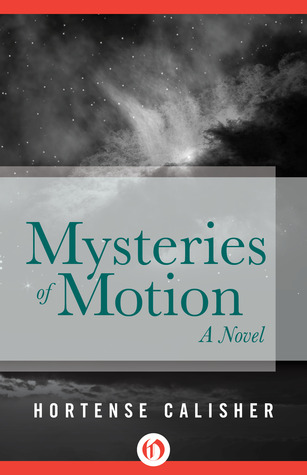 I will admit that I often don’t pay a lot of attention to where a book was published while I’m reading it.  It is early, when I request it, that I know where it has come from, and then again when I’m reviewing my notes for my review that I think about it.  And I do this rather specifically because I don’t want to go into a book with any pre-conceptions (ie: it’s self-published, so it must be bad; or it’s put out by one of the ‘big dogs’ so it must be good).  But I’ll also admit that when I’m reading a book that I am finding to be dreadful, I am assuming it is a self-published book (sorry, self-published authors!).

Such was the case here.

I am stunned that this is not only published by a mainstream publisher, but it’s a reprint!

A spaceship is headed toward the first habitable ‘island’ in space.  Aboard the ship is a melting-pot’ of diversity in the population.  Follow along with them as they share their ship confinement and excitement for what the future may hold for them.

Consider the Goodreads description of the book:

The Citizen Courier is headed toward Island US, “the first public habitat in space.” Aboard the ship resides a collection of diverse travelers. Narrator Tom Gilpin is a rich publisher, and he’s joined by fellow journalist Veronica, as well as an industrialist, a Jewish-German expatriate philosopher, a diplomat and his wife, and the teenage son of a NASA admiral. Revealing a complex, nonlinear narrative for each of its characters, the iridescent literary sci-fi of Mysteries of Motion captures lives and relationships as labyrinthine as the space vessel that carries them, channeling intergalactic, philosophical, and psychological voyages.

If you know how to read between the lines, “a complex, nonlinear narrative for each of its characters” that “captures lives and relationships as labyrinthine as the space vessel that carries them, channeling intergalactic, philosophical, and psychological voyages” is another way of saying, “This isn’t going to make a lot of sense.”

It took me a very long time to get through this book and I stopped trying to make sense of it fairly early, hoping it would come together for me (it does, but I had long before lost any care I had for the story and the characters).

One of the first passages I highlighted was the first moment that I had to read, re-read, and again re-read to try to make sense of what was happening. “Inside the motel for once and all until liftoff, every window that I, Gilpin, looked through became a haunting, by an Earth already half departed from.”  This could go either way at this early stage for me.  Either it’s a beautiful piece of poetic language, or it’s a really confusing sentence.

Ah…but as we go further in it becomes less poetical and more confusing:

She smiled to herself, meanwhile overlooking the angled warps of the same view he at best might have eight or so more stories of. A singer, he’d sensed the timbre her life sounded, when like a bell it was struck: that she was organized around something.

A tiny, bitten-off man with a navvy’s biceps bulging on the short arms sticking out of his surplice and the hands of a plump child, this doctor’s shiny brown eyes remind him of the organ-grinder who’d come once a week to their London street, though Lievering’s mother had never once tossed him money—whose eyes had been exactly like the monkey who had turned the man’s music box. Or the monkey’s eyes had been like the man’s.

As the boy is lifted off and up, and hung by his heels, the flesh on even such firm cheeks as his enlarging downward while the blood drains from his fingertips, the Space Angel, a grotty character from a comic book often foisted on him and his sisters when they were kids because of their father’s profession, keeps calling his name with the silvery insistence of a receptionist.

Moving along out here, goggled and visored in the center of a filmy octopus of other lenses, at times he has to quell an impulse to shed all this gear and float out in his nakedness for one moment’s purity against all the hedgings which keep a person alive from the minute born.

And lest we forget…this is also a non-linear story.  All of which to say, this is a very difficult tome to read.  When you have to work to get through a sentence, or go back to the beginning of a paragraph to read it again to remember what the subject is, there’s a failure on the author’s part to keep the reader engaged.

I’ve written before about my distrust in awards for novels, especially awards that I’ve never heard of or that are very ‘elite.’  Not that this has won any award that I know of, but there is a similar principle involved here.  Books that are selected for awards are often done so not for the story, but for the form.  When a writer plays with form – doing something new and evocative – it’s almost as if the editors and publishers react like “I don’t understand it, so it must be exceptionally good” – afraid to be the only one not to ‘get’ it.

This was less cryptic and more direct in the writing near the end, but I had already stopped caring and really just wanted to finish the book and forget about it.

This book is, in many ways, like Dhalgren (also recently republished by Open Road Media) – a lot of soul-searching characters on a vast journey of discovery, and rather difficult to wade through.

I’ve read a lot of science fiction, particularly in the 1970’s and 1980’s.  I don’t recall ever see Hortense Calisher’s name before, and a big part of me wishes that had remained.

Looking for a good book? You have to be really committed to reading Mysteries of Motion by Hortense Calisher, to possibly find any enjoyment from it.