REVIEWING A BOOK ON MY (e)SHELF 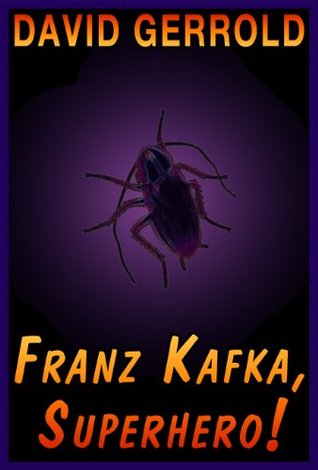 If you don’t know who David Gerrold is, you are missing out on an exceptionally fine and witty author.  If you know David Gerrold only as the author/creator of the Star Trek episode “The Trouble with Tribbles” then you’re at least on the right track, but there’s much more to his literary output than everyone’s favorite fuzzy aliens.

“Franz Kafka, Superhero!” is a short story (perhaps a novelette?) so it won’t take long to read it, but it’s definitely worth the investment (time and financial).

In an age when anyone, and seemingly everyone, is a superhero of one sort or another, Gerrold playfully draws together a couple of historical figures and pits them against one another as superhero and super villain.  Franz Kafka, a master at metamorphosis, is Bug-Man, a hero who owns the night and protects his city, Vienna.

But Bug-Man must often face off against his arch nemesis, PsycheMan, a.k.a. Sigmund Freud.

This story is delivered tongue-in-cheek, and the battle between these two historical figures contains some pretty crafty and clever thinking, playing well with the strengths of each of these individuals.

Gerrold is not above delivering a series of puns, but he also won’t hit you over the head with them all the time.  (It took me a bit to catch that the acronym for the superhero organization spelled out the word for a parasitic insect … poor Bug-Man!)

David Gerrold is an author I’ve always enjoyed reading and this short is a good example of why.  He creates intriguing characters, interesting plots, and tells the story well.

Looking for a good book?  Franz Kafka, Superhero! is a short tale by David Gerrold and is a delightful way to spend a little reading time.