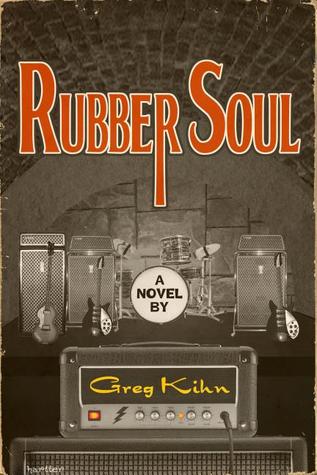 I’ll start off by admitting that I really enjoyed this book.  This semi-biographical mystery appears to follow the early days and rise of the Beatles.  The book primarily follows “Dust Bin” Bob who meets John, Paul, Stu Sutcliffe and George before they become the famous Beatles.  Given the nickname “Dust Bin” by John Lennon, Bob serves as the boys’ ‘dealer’, supplying them with a vast assortment of Rhythm and Blues record albums, from which the boys add new songs to their performance repertoire.  Bob watches in amazement as they listen to a song from an album three or four times and suddenly they can play it as well, if not better than the originals.

While stopping at Bob’s house one day to listen to music, the musicians have a run-in with Bob’s step-brothers who enjoy picking on Bob.  There is a fight, which includes Bob’s brother’s kicking Stu Sutcliffe in the head which Bob later believes lead to Sutcliffe’s brain aneurysm.  Of the brothers, one dies and the other is sent to prison.  While Bob moves on with his life (wife, family, business) The Beatles are always on his mind and they find ways to stay in touch.  As the Beatles grow in fame, essentially becoming prisoners to their own fame, Dust Bin Bob is one of the last ties they have to normalcy and Bob joins them for the end of their last tour.

This is a remarkable book.  Author Greg Kihn captures so much of The Beatles’ history and rise that it feels like an insider’s biography of the band.  But at the same time, this really is the story of Dust Bin Bob who happens to be friends with the Fab Four.  And it’s also a little bit of a mystery, with Bob saving the day in Manilla.  The fact that Kihn is able to use a number of true events (Stu Sutcliffe’s death at a young age, and the disastrous stop in Manilla among others) and weave them comfortably into this story helps to make it feel so real.

This is a lot like reading the novel versions of Help! or A Hard Days Night, only better.

If you’re a Beatles fan or a fan of adventurous fiction, or pop music in fiction, then you really need to read this book.  It’s just a whole lot of fun.  I’m definitely going to look for more Greg Kihn books.

Looking for a good book? Rubber Soul by Greg Kihn feels like a Beatles biography, but it’s a marvelous work of fiction about a man who is friends with the Fab Four, and this book should be greatly enjoyed by any Beatles fan.