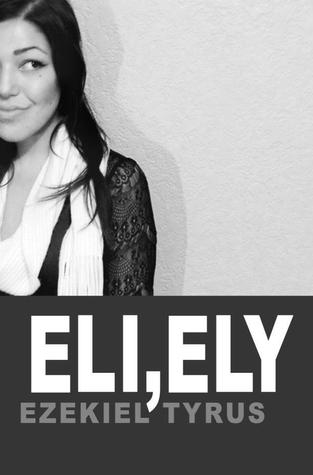 This book was an absolute struggle for me.  I started it once, barely got in to it before I got so bored I had to put it down and ignored it for a while.  Then I decided I would give it another shot.  It did get a little easier to read the second time, and I was able to finish it, but it wasn’t something that I couldn’t wait each day.

What is this book about?  Well…let me quote a couple of lines from the Goodreads description:

Eli Trocchi is in a relationship with serious grad student, Jennifer Ely. Friends speculate they hooked-up to say their own names during sex.

If this sounds raucously funny to you, then you will love this book.  If this sounds like someone is working too hard to be funny and that someone might be writing a book based on a simple joke, then you, like me, will likely find this tedious.

Eli is a first-rate loser.  He doesn’t have any ambition, he can’t hold a job, and he can’t keep a girlfriend.  Yes, he’s probably like too many people in the world, but I have no desire to read their stories either.  I decided to randomly open this book and share a little of his background (because he likes to talk about himself).  Here is the first thing I read:

Then I hit thirty and forgave myself for not being a raver by remembering there were actual reasons why I chose not to go to raves.  The music sucked. My friends and I were skinheads, heavily tattooed and muscular. We’d openly taunt the young men we saw who dressed like toddlers in bright, baggy garish clothes. … Women dressed as children had a disharmonious effect on my hard-on.

A skinhead who taunted others?  Not a friend of mine.  And it does seem to be his hard-on that drives him.  That’s true of most men, but most men are able to understand when they are responding to lust and also seek something other than immediate gratification.  Something beyond being able to shout his own name during sex.

I can’t help but comment on the comments I’ve seen on Goodreads.  Before this review, there are ten actual reviews, all posting five stars.  But the reviewers write things like: “Eli Trocchi is an asshole, selfish, egotistical, harassing, incompetent and a man slut who blames his girlfriend when he cheats.” (5 stars) “You may not even want to read on for the sheer ‘ick factor.’ As a woman, I guess this was one side of a man who jumped to depicting the play-by-play of sex with his ‘it girl’ that completely turned me off.” (5 stars)  “Eli may be selfish and egotistical, but I felt empathy for him, even if he did things that may not have been deserving of it.” (5 stars) “Eli is a bastard, but I still want what’s best for him.” (5 stars)

Clearly there is something in author Ezekiel Tyrus’ voice that has attracted some people, despite the despicable character.  For me, it wasn’t there.  The character is just as others have described “selfish and egotistical” and the authors voice does nothing to draw my in (or if it did, Eli immediately pushed me back out). I cannot recommend this book.

Looking for a good book?  Eli, Ely by Ezekiel Tyrus is a one-note story of a loser, and that note is “sex.”

I received a free copy of this book from the publisher in exchange for an honest review.