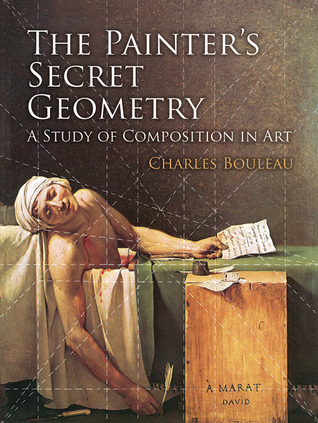 The arts are vastly under-respected.  For so many people, you go to a play and you maybe think that the acting was good or the music was nice, or the costumes were pretty.  You look at a painting and typically you might think it looks nice or it doesn’t.

But do you ever stop to think about what goes in to the work?  Aristotle once wrote something to the effect that in order to fully appreciate a work of art, one must have first-hand experience in that art.  That becomes very clear to me after reading through a book like this.

“To return to the altarpieces: it is the central part of the triptych that acts as the axis of symmetry, sometimes as a whole if it represents one subject only, such as a Madonna adored with identical gestures by the saints on the wing pieces, and sometimes by means of its own axial figure if the center itself represents several people.  But the altarpiece-composition is the naivest and poorest expression of symmetry — poor because lacking in creative force.  No force binds together the parts of this purely static whole to make of them a new work.” (~p. 46)

There’s no context here, of course, but this is to give the potential reader an idea of the language being used.

Author Charles Bouleau goes in to depth with his studies and shares just how much geometry has gone in to the composition of paintings.  Mostly he focuses on a number of old masters, but he does touch on some slightly more recent artists.

I’ll have to be honest and say that at times, despite Bouleau’s rather convincing arguments, I didn’t always see the geometry in the pictures.  But I trust his assessments and his reasoning is sound, even if I couldn’t see it myself.  And I like what Bouleau has to say in his conclusion:

I should add that, as a partisan of geometrical construction, I am delighted when I see it become, sometimes, the actual form which the picture presents to the view, but this does not make me think that geometry is everything in painting.  The work of art draws its enrichment from the tension between its various components.

This is a great summation and definitely captures my own feelings about the geometry in art and the appreciation of the work itself.

Looking for a good book?  If you are serious about art, either creating it yourself, or studying it, or just like to be in the know about things, The Painter’s Secret Geometry is well worth studying.

The Painter’s Secret Geometry: A Study of Composition in Art