Posted by Daniel on September 17, 2014
Posted in: Uncategorized. Leave a comment 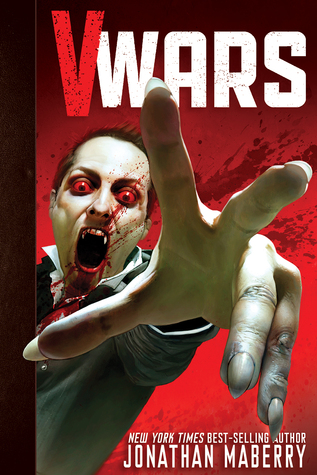 Another vampire series.  Just when you thought the vampire epidemic couldn’t get any bigger in pop culture, comes still another series, this one in graphic novel/comic format, by Jonathan Maberry.  And maybe this will be the end of the line for vampires, because Maberry gets it right.

A gene mutation, the Ice Virus, creates the vampire ‘race’ to emerge.  Like the television show True Blood, vampires and humans co-exist, are wary of one another, and many (on both sides of the DNA chain) wouldn’t mind ridding the world of the other.  When the Speaker of the House, who has been outspoken about dialog and coming to understand one-another, is murdered, one man stands out as the voice of reason.  The vampires keep a close eye on him, and the humans keep him close to the action.

Maberry doesn’t waste any time with the story, dropping us straight in to the action, which is already at a fevered pace.  In so many ways this was a breath of fresh air as I seem to have been reading a great many books that spend a lot of time with setting up the story and the characters before getting the reader involved.  Vampires.  Humans.  Conflict.  Maberry understands that we get this very basic premise and moves us in to the story.

The ‘good’ vampires and the ‘bad’ humans are sometimes a little stereotypical here.  Vampires that go to church…GAY, bi-racial vampires that go to church … and humans that just want blood.  It’s hard, perhaps, to come up with something new here — we’ve seen these same sorts before.  But the characters that are the most interesting are those who are conflicted within themselves.  Those who struggle to remain neutral are the characters who are the most interesting here.

Maberry weaves in a few plot twists along the way.  Most of these are not too unexpected, but it does what it sets out to do which is to change up the story-line.  To throw a curve, not at the reader, but at the story.  All of this works quite well and drags the reader along on this violent, brutal story.

But what works … the REASON that it works … is that it is not just another vampire story.  It is a metaphor for our own world.  Our race, religion, and ethnic bigotry are thrown in our face under the guise of supernatural vampirism.  Who can’t read this and see Ferguson, Missouri?  Or the ethnic genocides in the Balkans and African nations and the Asian nations? Or … you get the point.  Maberry is telling OUR story, but because it’s bloody and violent, we don’t like to see it unless we can pretend it’s make-believe.

The art by Alan Robinson is fine.  This is nothing super-outstanding, but it suits the story well.  Characters are uniquely identified (not always true in some of the graphic novels I’ve read) and panels aren’t filled with un-necessary clutter.

This is a vampire graphic novel series that I am interested in reading.

Looking for a good book?  V-Wars is an inspired graphic novel that puts the reader in to the action, leaves the reader wanting to read on, and silently slaps the reader on the back of the head for behaving the way that we do.