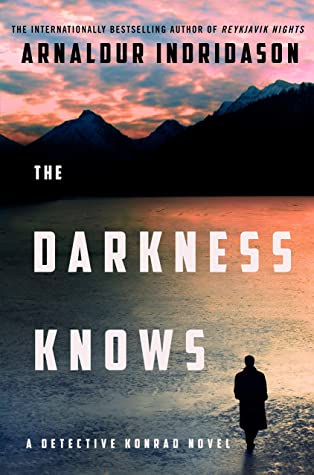 Inside the glacier Langjökull, a body is discovered.  It appears to be that of a business man who went missing thirty years prior. At that time a massive search had been conducted and one of the man’s business associates had been suspected of foul play, but there was never enough evidence to charge him with anything.

The case has haunted Konrad (the policeman who had been in charge of the investigation) ever since and now he comes out of retirement to investigate on his own.

The associate who had originally been arrested is arrested once again and now Konrad gets some new information that may help him finally put all the pieces together and solve this thirty year old crime.

It’s been quite a while since I read an Arnaldur Indridison novel – for no reason other than too many books, too little time.  When I saw that this was the first in a new series (featuring Detective Konrad) I thought that this was a really great time to get back to reading Indridison.

Over the past few years there’s been a fair amount of discussion about Icelandic and Nordic Noir crime fiction and Indridison has been a leader, as author, in that movement, which is often identified by the gloomy, cold settings and dark, brutal murders. This book steps slightly to the side – not quite as dark and not quite as outright brutal.  Rather than being a crime thriller, this book is more ‘police procedural’ as we follow Konrad retracing steps and following new leads and sit in as he conducts his unofficial interviews.

Indridison walks us through this procedural carefully and with great precision. With the background information that is revealed, we feel as though we are making discoveries and providing theories right along with Konrad. This brings us right in to the action which is precisely what readers of this sort of fiction are looking for.

What I missed from this book, however, was more background on Konrad.  As the series is named for this leading character, I wanted to know more about what drives him and has him so involved despite being retired.  Hopefully more will come with new books in the series.

Looking for a good book? The Darkness Knows by Arnaldur Indridison is more police procedural than Icelandic Noir, but it is well crafted and an absorbing read.