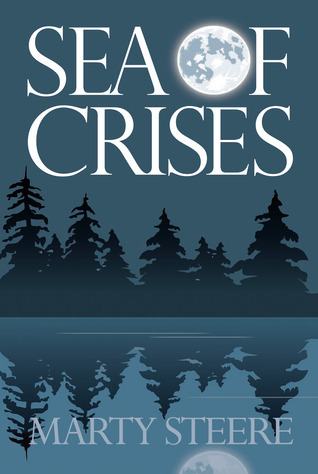 1976. Communication is lost with the astronauts of Apollo 18 after a moonwalk and commander Bob Cartwright utters the words, “That shouldn’t be here.”  A few days later a rescue mission is in place when Mission Control recognizing the unmistakable reentry burn of a capsule.  Communication is still out. But when rescuers arrive to the capsule in the ocean, they discover three bodies, burned beyond recognition from the heat of reentry due to a failed heat shield. The mystery, then, of Cartwright’s last words will remain a mystery unless, or until, another mission is sent to the moon.

But 36 years later, the sons of Bob Cartwright learn that the bodies in the capsule … the body they buried … didn’t actually belong to their father or the other astronauts on the Apollo 18 mission.  But this new information was never meant to be uncovered and now the Cartwright boys are on the run, looking to protect themselves while searching for answers.

Despite the space/NASA elements of the book, this is primarily an action/mystery/thriller.

I did find the story quite easy and exciting to read. I really liked the setting. The concept of a NASA Apollo mission – the last one (for those who don’t know, Apollo 17 was the last mission to the moon) – made this quite intriguing for me and the whole cover-up and uncovering the cover-up was quite spot on.

But what I missed here was a purpose.  I never really got a sense of why we were in this thriller.  We don’t know why this happened, or why it’s still so important enough to kill, three and a half decades later. And with the ending in mind (I don’t want to reveal it), how has this been going on for this long?!

I liked author Marty Steere’s writing and would look forward to another thriller.

Looking for a good book? Marty Steere’s Sea of Crises is an exciting thriller surrounding NASA and the Apollo missions.