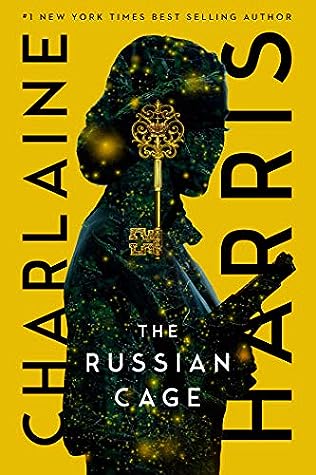 I jumped into this series three books in, and I think that was a mistake! Sometimes you can pick up a book in the middle of a series and still get everything you need to know about the characters and relationships and the world in which it is set.  And sometimes each book relies so heavily on the previous books that you might easily become lost if you haven’t read the previous installments.  This books leans toward the latter.

Lizbeth Rose is a woman on a mission.  She is traveling from Texas to California to rescue Prince Eli, her partner.  Except that they aren’t “Texas” and “California” anymore.  They are Texoma and the Holy Russian Empire.

Looking at the map provided in the book, Canada has expanded its territory and has taken over some the former United States’ northern states.  Mexico’s boarder with the U.S. has changed a bit, and the United States has been divided into five countries: Britannia, Dixie, Texoma, New America, and Holy Russian Empire.  Why?  I’m not sure.  Either that information was provided in an earlier book, or it hasn’t been given yet.  But what’s clear is that this is an alternate future and not all the territories are on good terms with one another.

We get the impression that Lizbeth is a fighter, a gunslinger. The few times that she is not permitted to carry a gun (or even a knife), she feels lost, uncomfortable.

Prince Eli is being held captive inside the Holy Russian Empire and Lizbeth manages to stop an assassination attempt on the HRE empress and gains an audience with the tsarina.  She also manages to visit a school where her younger sister, Felicia, is studying. She finds she will need Felicia’s help navigating through the HRE.

The tsar and tsarina had no idea that Prince Eli Savarov was being held captive – by their own guards – and promise to get him released.

Lizbeth and Felicia have ‘Grigori’ powers.  They are descendants of Grigori Rasputin and now they are being hunted since Rasputin died.  Rasputin’s blood was keeping the Tsar alive.  With Rasputin gone, the Tsar’s only hope is that blood of his descendants will have the same powerful effect.

Charlaine Harris is a very good writer (I’ve enjoyed the Sookie Stackhouse books I’ve read, as well as the Aurora Teagarden, Lily Bard, and Midnight, Texas books) and there is a lot going on in this book.  But I definitely felt  behind when I started this, and even further behind the more I read. I’d like to go and read the first two books in the series and see if this all makes more sense.

Looking for a good book? The Russian Cage, by Charlaine Harris, looks to be an exciting series, but as a stand-alone book, you can’t help but feel you’ve missed something really important to understanding the story. Try the first book before reading this.