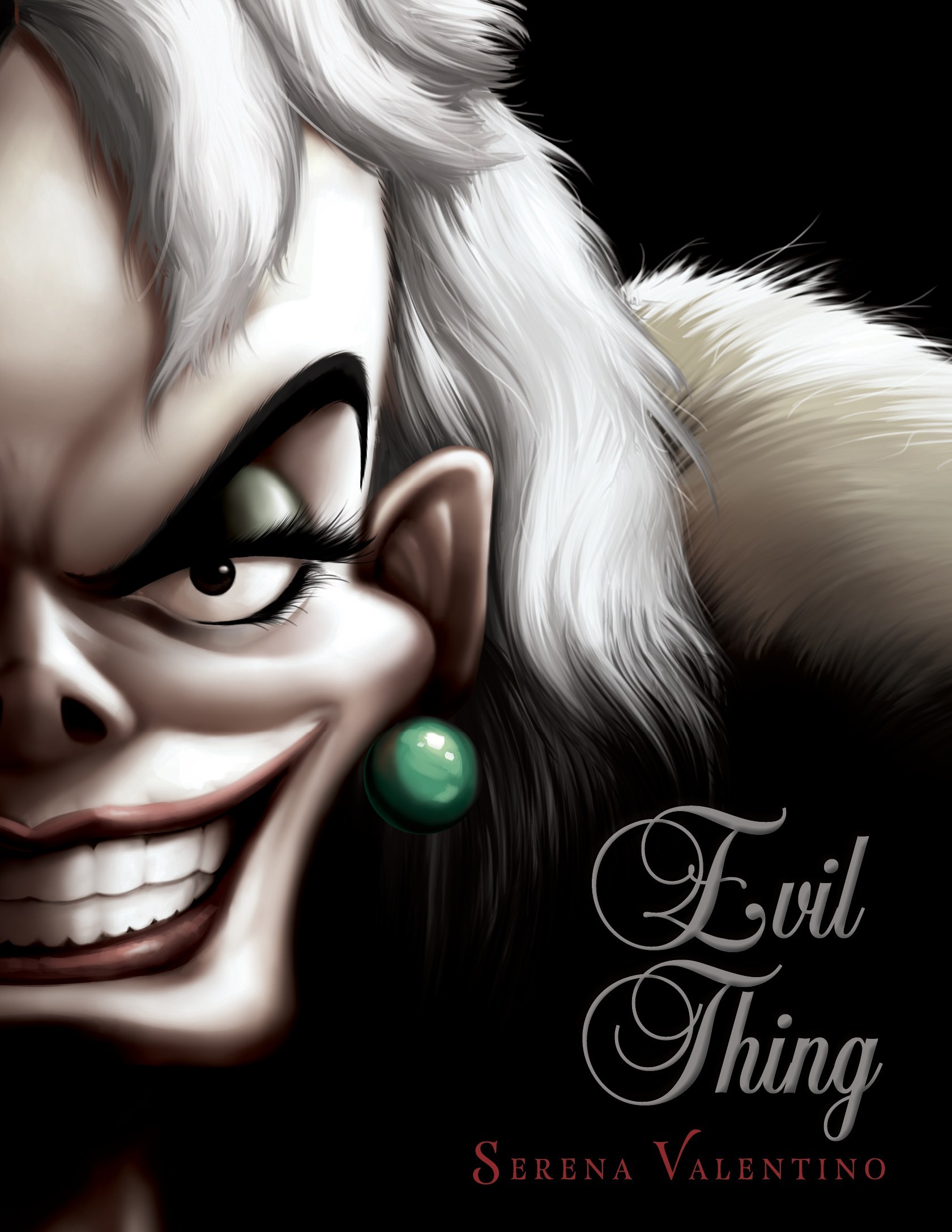 One of my favorite Disney movies is one that seems the least Disney-like – no princes or princesses, no kings or queens, no beasts or monsters to be slain or under-estimated, no curses, no magic … just good storytelling and one very frightening villain.  So when I saw this new book from Disney-Hyperion, it caught my eye and I really wanted to read it.

Apparently this is a series – Disney villains get to tell their back stories.

Cruella De Vil was raised in a wealthy home. Her mother was always more focused on wardrobe and style and making sure Cruella looked as good as possible – there was a status to maintain.  Her father simply adored her – she was definitely a daddy’s girl.  Her father left the family fortune to Cruella as long as she never married or at least had her father take the De Vil family name (Cruella is the last of the family line).  He also insisted that she not sign the money over to her mother because he felt that her mother was careless with money and would throw it away.

Away at school, Cruella’s best (and only) friend was Anita. Anita even visited the De Vil home – much to the fury of Cruella’s mother who saw Anita as beneath her daughter.  When given a Dalmatian puppy named Perdita as a gift from her father on her 18th birthday, she later gave it to Anita when the puppy peed on her fur coat. And when Anita turned Cruella down on an opportunity to travel around the world (because she, Anita, knew she needed to get some skill in order to get a job and support herself) Cruella took it as a personal affront.  And so began Cruella’s descent into true evilness.

I definitely have mixed feelings on the book.  Cruella is a wonderful villain (in the 1961 animated move – I never saw the live action remake) and I don’t think I need to know what made her evil or that she was turned by a domineering mother.  If anything, it might make her less evil.  We have the thoughts in the back of our minds that she’s just misunderstood and could be brought around to reason if given the chance.  And that doesn’t help the original story, does it? It does, of course, sell books to new readers.

I’m not as familiar with Dodie Smith’s original Dalmation books, so it’s hard to say how much of this backstory comes from the original source, but I am now curious and I’ve pulled my old copies of 101 Dalmations and The Starlight Barking off the shelves to give them a read.

Looking for a good book? Evil Thing by Serena Valentino is part of Disney’s ‘Villains’ book series which gives Cruella De Vil a backstory so that we can understand how/why she became so thoroughly evil.  It is well-written, but do we really need to know why she’s as nasty as she is?