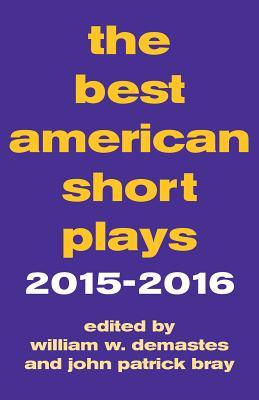 There was a time when I bought every collection of short plays that was published. I love reading plays and I also was directing plays – for theatres and for high schools.  When my focus changed and I wasn’t directing much any more, I also backed off from reading play collections.  Which is too bad, because I do like reading plays! So when I had the opportunity to request this collection I really was eager to get in to it.

I’ve clearly fallen behind in my reading since this collection if about four years old.

Too often I considered these plays to be catharsis workouts for the playwright.  I could picture the playwrights’ friends coming to performances (always dressed in black and nodding and smiling at how well their friend captured what it’s like________) and talking about the plays afterward.  And that’s okay! Except that I felt left out.  I felt that many of these plays were written for a specific audience and not a general audience.  With an exception or two.

I was really moved by Liz Amadio’s “The Hoodie Play.” I found this to be very theatrical (it’s surprising how many scripts forget this important aspect of being intended for the stage) and with a really great message (yes…despite my complaint about message plays, I like this message).  The action/dialog here moves along at a good pace.  This is one of the very scripts in the book that I’d really like to see staged.

Israel Horovitz is always solid (at least those that I’ve read), and his play “Security” is a nice addition to the book and would work well.

The last play in the book, “Doughnut Hole,” is by Donna Hoke … a name quite familiar to me as a force behind a script exchange and a representative of the Dramatists Guild … is a fun script. Featuring three older women, it’s clear that Hoke has a good understanding of her audience and people looking for age-appropriate scripts. I know a number of older people who would love to have a short play to work on and you can be sure I’ll be recommending this!

While only these three plays stood out as being exceptional, most of the rest were fine – just not uniquely memorable.  One script, however, stood out as a script that very much did not enjoy: “Untitled Radio Play” by Keelay Gipson. It’s a message play, dealing with racism in the gay community. As a cisgendered white male, I recognize that I may have a very different reaction to this script, but I’ve been working professionally in theatre for a long time and I’d like to think that I react to quality rather than subject matter when it comes to plays. The message here is strong, but the script is not.

Liking three plays out of a collection of twenty is actually not bad, especially given that the rest are decent, but still this book will really only appeal to theatre enthusiasts.

Looking for a good book? If you enjoy reading plays, or are looking for a short script for your theatre project, check out The Best American Short Plays 2015-2016.