THE BEATLES ON THE ROOF – Tony Barrell 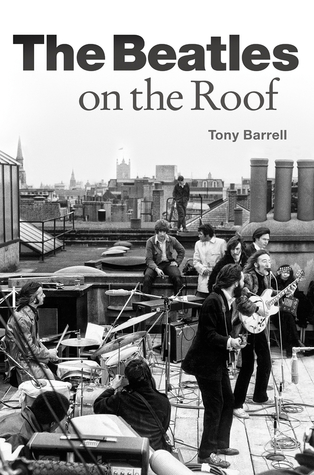 How do you write an entire book about an incident that last only a couple of hours? By using the moment as the center point and moving outward, like the ripples in a pond.

I’ve been seeing a fair number of books about The Beatles in the last few years and I suspect there’s a bit of a rush to gather as many first-hand accounts as possible before we lose access to those who were there for The Beatles’ various moments. This is no exception and author Tony Barrell nicely captures the memories of as many people involved in the actual performance on the rooftop, the people who worked in the the Apple Records building at the time, people who worked in the offices around Apple Records whose afternoon was interrupted by the loud music, and those who were either passing by or those who rushed to the scene when word got out that The Beatles were playing some new songs, live at the Apple Records building.

For those of us who have even a modest interest in The Beatles (and if you didn’t why would you consider this book?) we probably now a few basic things about the ‘concert on the roof.’ First, ‘concert’ is a bit of a misnomer.  It wasn’t a concert as much as it was a recording session. And filming was a means to an end … a way to fulfill an obligation for a film.  But it was quite spur of the moment, and we get some good inside information from those who worked at Apple.  Sometimes the information is contradictory, but that definitely adds to the ‘realness’ of the moment.

Things we don’t often think about when we talk about an event such as this are the non-players who are affected.  Reading about the neighbors who were annoyed by the loud music and the disruption caused by people standing around to watch and listen at first seems inconceivable, but of course it makes a certain amount of sense.  Only those of us who are Beatles fans would prioritize the impromptu concert/recording session over any other daily business.

I enjoyed reading about some of the other people who were there at the recording. From secretaries who wanted to be a part of this momentous occasion to assistant engineer Alan Parsons.  Barrell even manages to get comments from some of the police who we remember from the film coming to stop the playing.  What I didn’t know before this was that someone had previously checked in with the local police station and were told that if the owners of the building didn’t complain, they wouldn’t have a problem with it.  Since the Beatles owned the building, they assumed they were good to play.

When I’ve watched the film, I’ve wondered why there weren’t more people around (aside from the smaller space) and this is addressed as well (concerns about the roof being able to support the weight).

This was an interesting book and while the distinction is slight, this was more about a moment in time, featuring The Beatles, than it was about The Beatles specifically. We don’t really get as much about the Fab Four themselves as we might in many other books written about the group.  But we do get a number of first-hand accounts about what it was like being there, and the reactions to this group who didn’t perform in public much any more, making a surprise rooftop appearance.

Looking for a good book? The Beatles On the Roof by Tony Barrell explores reactions from many different people to The Beatles’ noted rooftop concert.

The Beatles on the Roof