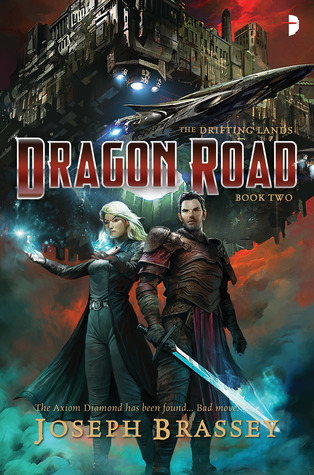 Just as I enjoyed the first book in this new series by Joseph Brassey, I enjoyed this second foray as well.

Harkon Bright and his apprentice, Aimee, are called upon to be mediators in a dispute where three strong candidates vie for the position of captain of the mega skyship Iseult. And while Aimee managed to save Elias (from himself, mostly), Elias hasn’t found a way to put behind him all the things he did when he was known as Azrael. It doesn’t help that the crew don’t trust him a bit. And in addition to the choosing of a new captain, Haron and Aimee must try to find out what happened to the previous captain … and maybe save the universe while they’re at it.

As with the previous volume (and it might be important to read the first book to really understand who these characters are), this is just an action/adventure space opera We know who the good guys are and we cheer for them all along the way, just as we boo and hiss at the villains. Though author Brassey does a fine job of muddying the waters a bit more with this book.  Still, we can pretty well tell who the heroes are.

I wasn’t quite as interested in the story this time around – I got a bit bored and distracted, in fact – but the strength here is really in the characters anyway.  These are stock characters from every sci-fi adventure movie you’ve ever seen, but they work because Brassey gives them just enough personality to make them fun.

This isn’t a deep read.  It’s not the sort of cutting edge fantasy or sci-fi that I’ve found in some of the other Angry Robot published books the last few years, but it IS fun.  It’s a perfect get-away read.