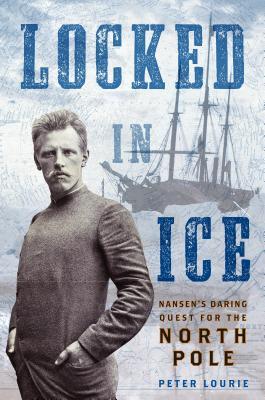 How many readers out there know the name, Fridtjof Nansen? If you already know who he is, or what he is remembered for, then color me impressed!

Nansen was, among other things, a scientist and an explorer at a time when mankind was still trying to reach the North Pole. He was the first to cross Greenland using sleds, but his goal was still to get to the North Pole.  He knew that there were ships which had been crushed by ice floes, but he was convinced that there were as-yet-undiscovered ocean currents that a ship could use to get to the North Pole if such a ship could manage to survive the dangerous ice.  With that in mind, Nansen had a special ship built, The Fram, which he would intentionally have frozen in to the ice with the expectation that currents would bring the ice (and hence the ship) closer to the Pole.

Nansen has a long list of men who want to join him on this expedition and so gets to hand-pick his crew. Finding men that he thinks will get along with one another for months, perhaps years, in close quarters, as well as those with the necessary scientific or sailing skills, is his main challenge.

Nansen’s design of the Fram works and despite some rigorous crushing by the ice, the Fram‘s hull holds out. But the ship doesn’t travel northward the way he hopes, and Nansen and one other set out by dogsled to try to reach the North Pole.  It shouldn’t be revealing too much to note that they do not make it.  If they had, the name Nansen would be known by every schoolchild.

But what Nansen does, and manages to survive, for a year in the Arctic with dogs and a fellow explorer is fascinating. Both he and Hjalmar Johansen, the man who accompanied Nansen on the sled trek toward the pole, kept meticulous journals. They almost appear superhuman with some of their efforts (fighting off a polar bear, swimming in frigid polar waters to retrieve a kayak, etc) … it’s precisely the kinds of things that will engage younger readers.

And if the voyage and exploration toward the North Pole weren’t enough, we get a little more information about Nansen after he returns to Norway.  He works with displaced people after World War I and is awarded a Nobel peace Prize for his efforts.

Fridtjof Nansen was a truly amazing man.  Scientist, explorer, inventor, diplomat, humanitarian.  I was really glad to read the book and learn about this early exploration and about the man.  The book is written such that it’s appropriate for young readers (middle school students and up) but anyone who thinks it looks interesting should enjoy the read.  The book is liberally illustrated with photos and copies of sketches made by Nansen and others along the way.

Looking for a good book? Locked in Ice by Peter Lourie is a well-written, well-researched biography of Norwegian Fridtjof Nansen and his attempt to be the first person to reach the North Pole. It is definitely worth reading.

Locked in Ice: Nansen’s Daring Quest for the North Pole