While I get the bulk of the books that I review here directly from publishers, I do sometimes pick up books in the stores or at libraries myself and will review them when time allows.  I also subscribe to a host of self-publishing web sites and will grab a book when it looks appealing to me.  I often don’t get around to reviewing these, but I thought maybe I could do a series of shorter reviews and bundle them here.

THE CHRONICLES OF ENGELLA RHYS 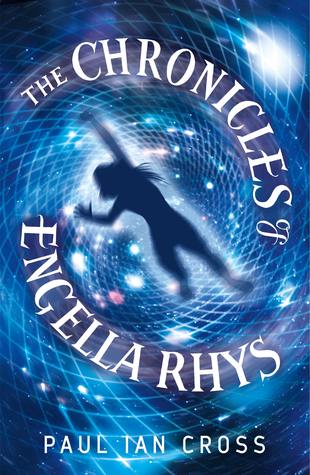 Technically speaking, what I downloaded and read was a short story, but author Paul Ian Cross writes that he’s had enough feedback with people wondering what happens next that he’s moved forward to compile a collection of Engella stories.

One of the fears with picking up a self-published book is that the writing isn’t as sharp , or the story not quite as well-developed, as a book that’s had the benefit of a professional editor and proof-readers.  I’d have to say that holds pretty much true here. It is in books and stories like this that we find the need to remind writers to “show, don’t tell.” Take, for example, this opening paragraph in ‘Chapter 4’:

Engella opened her eyes and yawned as the smell of bacon and coffee drifted into her bedroom. Annys was singing and she had a beautiful voice. Engella go dressed and went downstairs.

There’s also just a little too much history and plot-point revelation done through dialogue.

“I knew this would come in handy. … I lost my own in an accident not long after I arrived.”

“We couldn’t bring you out ourselves, but we managed to have your wristband programmed with an override that would bring you here if you shifted without coordinates. … You’re a very important person, Engella. I’ll explain everything, I promise.”

And yet, while the writing is just a little too simple for my tastes (I wondered if this was targeted toward middle school students and I’m still not sure), I was actually interested in the story itself – enough so that I would read more stories if I had them.  But not enough to actually seek them out.

Looking for a good book (or story)?  Engella by Paul Ian Cross is a moderately interesting short fantasy story.

I received this story free from the author through a third-party service. 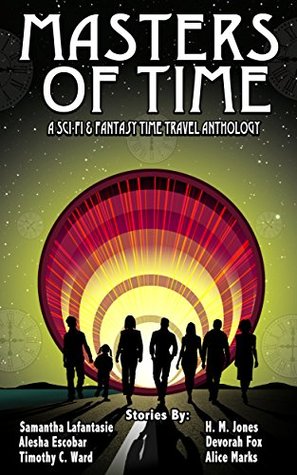 With six authors represented I was pretty sure that I’d find something here that would be a pretty strong work. I was wrong.

It’s pretty clear that this is a self-published collection – or at least published by a very small, indy press without the benefit of a strong editor. While every story here manages to actually tell a story (you’d be surprised at how often they don’t) they all suffer from the adage of “show, don’t tell!”

While I didn’t spend a lot of time highlighting the obvious cases of ‘telling rather than showing,’ every once in awhile a sentence or two stood out to me that showcased what I felt were problems with the story-telling.

In “Logan 6” by Alesha Escobar I noted: “The stocky General looked like he hadn’t worn his faded gray combat suit and tactical vest in years. He probably only put it on for some of the news cameras outside catching the protests.” That last sentence really throws me off every time I read it.  We aren’t reading an individual’s narrative with the expression of thought.  This is a third-person narrative.

The story itself has a clever plot point in that only clones can time travel. What a fantastic idea!  I’d love to see Escobar work this story with a little more finesse.

In “The Ghost of Time” by Samantha LaFantasie I highlighted the simple sentence “Agent Fogarty shook her head to clear her mind.” Am I the only one who sees that we don’t need the telling prepositional phrase “to clear her mind”? Later I noted: “January gaped at the man’s backside until he glanced over his shoulder and caught her mouth hanging open. He turned around, breaking her gaze of his backside and knocking her from her disbelief.” I’m not sure where to begin with this one … whether it’s ‘gaping’ at a backside, the too polite use of ‘backside’ twice in a sentence, the violent ‘breaking’ and ‘knocking’ of someone looking, or her disbelief.  ‘Disbelief’ at what, exactly? The tattoo he is showing her that is between his shoulder blades?

Although I’m picking particularly on Escobar and LaFantasie here, none of the stories rise above this level of writing, though all have a moderately decent sense of story and plot.  I certainly can’t recommend this book, but it’s not the worst I’ve read. Nothing here will be remembered for long, but if you enjoy simple sci-fi stories, this could comfortably pass the time for you.

The stories in this collection are:

“The Ghost of Time” – Samantha LaFantasie

“End of the Road” – Alice Marks

Looking for a good book? The anthology Masters of Time is a collection of simple sci-fi time-traveling stories that are only slightly appealing.

I received a free download of this book with no promises of reviewing it. 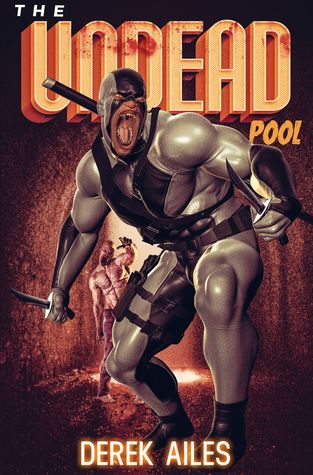 I really thought that this was going to be some sort of zombie/apocalypse book but no.  This is fan-fiction.  This is fan fiction posing as a parody. This is someone taking their favorite comic and/or movie, Deadpool, and putting their own twist on it.  It’s got pretty much the same humor, possibly exactly the same humor, but without the wit, charm, or personality of the original.

Seriously … trying to be funny and clever but simply being a poor-man’s-version of a original just doesn’t cut it for me.

So why two stars instead of one?  Because there’s a second story in this slim book, called The Undead Pool Origins: Tigernaut, which wasn’t as bad as the longer, titular story. Since I am only familiar with Deadpool through the films, I don’t know if this story is completely made up by author, or if it’s a rip-off of the comic-book character’s origins. However, it didn’t rely on quite so many bad puns and didn’t seem to include quite so many pop culture references. (Yikes! Those pop culture references!)

This guy wrote a book and published it and got a bunch of people to read it (there’s a sucker born every minute after all).  Kudos to him.  Now it’s our job to let the rest of you know that you don’t have to be a sucker, too!

Looking for a good book?  Yeah, me too.

I received a free download of this book with no promises to read or review it.