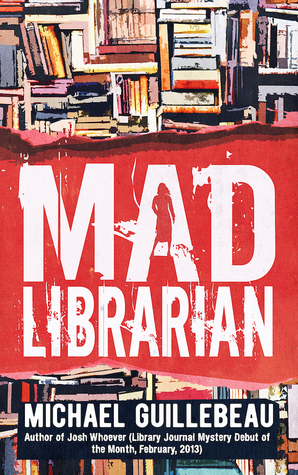 THE QUEEN OF ALL CROWS – Rod Duncan 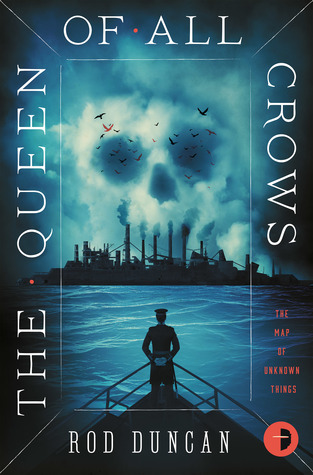 Rod Duncan’s earlier book, The Bullet-Catcher’s Daughter, was one of the most powerful books I’d read in a long time. The follow-up books were just as strong and just like that Rod Duncan became one of my most eagerly-anticipated authors.

The Queen of All Crows continues with the same core set of characters as the Gas-Lit Empire series but moves away from the gritty steampunk London and takes adventure to the high seas. But we don’t deviate far from the world where the Patent Office holds the most power.  We’re still in a world of fantastic machines and inventions but now we find our heroine, Elizabeth, stranded on an island of female pirates who have enslaved the men and put Elizabeth through a grueling challenge to determine whether she can live with the other women on the island or be put to death. The Queen of All Crows and her two daughters will determine Elizabeth’s fate. But an attack on their secret land puts Elizabeth at the forefront in a battle she will lose no matter the outcome.

Duncan is an absolute master storyteller. In addition to a well-devised story with a plot that unfolds around us as we immerse ourselves in the story, we get a rich, detailed world that is just different enough from the world we think we know that it has an air of mystery around it.

As real and fantastic as this world and this setting is that Duncan has created, at the heart of the story are marvelous characters.

If you’ve read any of my reviews prior to this you probably know that I’m often focused on the characters and whether or not we buy in to their plight. All of Duncan’s characters are unique, strong in their own way, and fully realized. Even the most minor characters feel like actual people and not just fodder for an author to use for slaughter or filler. This is a real relief as we don’t often see this.

And because we have characters who are so real we find it easy to get invested in what they are doing. Elizabeth is such a marvelously complex character.  I’m thrilled that her story didn’t end with the Gas-Lit Empire series. Despite the steampunk sensibility of this story, Elizabeth is a most modern heroine and her adventure here is completely absorbing and well worth reading.

Looking for a good book? The Queen of All Crows by Rod Duncan continues the adventures of Elizabeth Barnabus – and that’s a very good thing if you like very well-written, character-driven science fiction/fantasy.

The Queen of All Crows 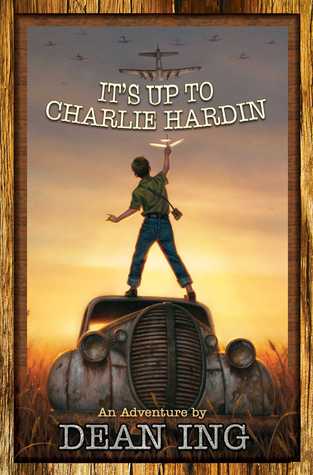 It is the summer of 1942 and young boys don’t sit around the house – they go outside and they explore and more than likely get into a little bit of trouble. Charlie Hardin is a pretty typical boy in that regard. His parents have given him just one rule … stay out of trouble. But when Charlie and a buddy get mixed up in a counterfeiting ring, they do anything but keep out of trouble.

There have been a few really good ‘buddy’ books for boys over the years and this one sets itself apart (and a little out of reach) by taking place in the WWII era. While this somewhat unique time-frame is interesting it also keeps most of the readers from easily identifying with the characters. What we do see is that boys, and their outdoor adventures, haven’t changed a whole lot through the course of a generation or two.

The addition of a couple of counterfeiters who think they’ve found a good place to set up shop adds some plot to the story, giving the reader something to anticipate – wondering when Charlie’s adventures will intersect with the counterfeiters, and then wondering how things will resolve.

Overall it’s a fine story, mildly entertaining, but I was never able to truly connect with it.  I was always an outside observing – never brought into the story – which is fine, but then it needs to move along at a quicker pace to keep us engaged.

Looking for a good book? It’s Up to Charlie Hardin by Dean Ing is a boy’s adventure story without much to recommend it but is an otherwise okay read.

It’s Up To Charlie Hardin

MURDER AT THE PALACE – Margaret Dumas 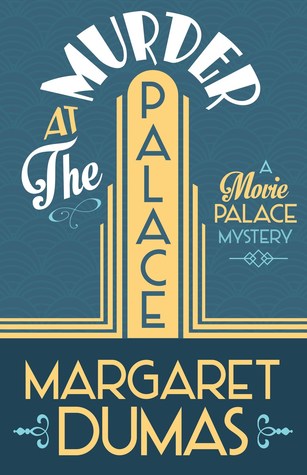 I really enjoyed this book.

Nora Paige loves old movies. When her movie-star husband dumps her for a co-star starlet Nora takes refuge in San Francisco where she takes over as the manager of a historic movie theater that shows old movies – just the kind that she likes most. Here she befriends a band of misfits – all who seem to share her love of old films. But in her very short time at The Palace movie theater she discovers some very questionable financials, the ghost of a 1930’s usherette, and a much more recent dead body. What did she get herself into and how will she survive?

Author Margaret Dumas has penned a clever, swiftly moving mystery that manages to incorporate a little historical fiction, the supernatural, and the Hollywood film world. What’s not to like?

We get a really good dose of mystery here that ties most of the various elements together nicely.  Too often the mystery seems secondary to the gimmick of the series but that is not the case here. It took a little while for this mystery to develop because of the need to set up the characters and the situation.

While I don’t mind supernatural in my fiction – in fact, I often gravitate toward that sort of fiction – I’m not completely sold on the ghost of Trixie here.  She’s interesting and she does contribute to the results of the mystery, but she isn’t really necessary and I wonder how she’ll be used in future Movie Palace Mysteries. I read another mystery series published by Henery Press which features a ghost, and it works quite well whereas this feels a little bit like an attempt to draw in an audience with the gimmick.

I really appreciated the little “must watch” movie reviews and all the allusions to classic films in the book and I did manage to add a movie or two to my own must watch list thanks to these.

Looking for a good book? Murder at the Palace by Margaret Dumas is a fun mystery and an excellent start to a new series.

Murder at the Palace