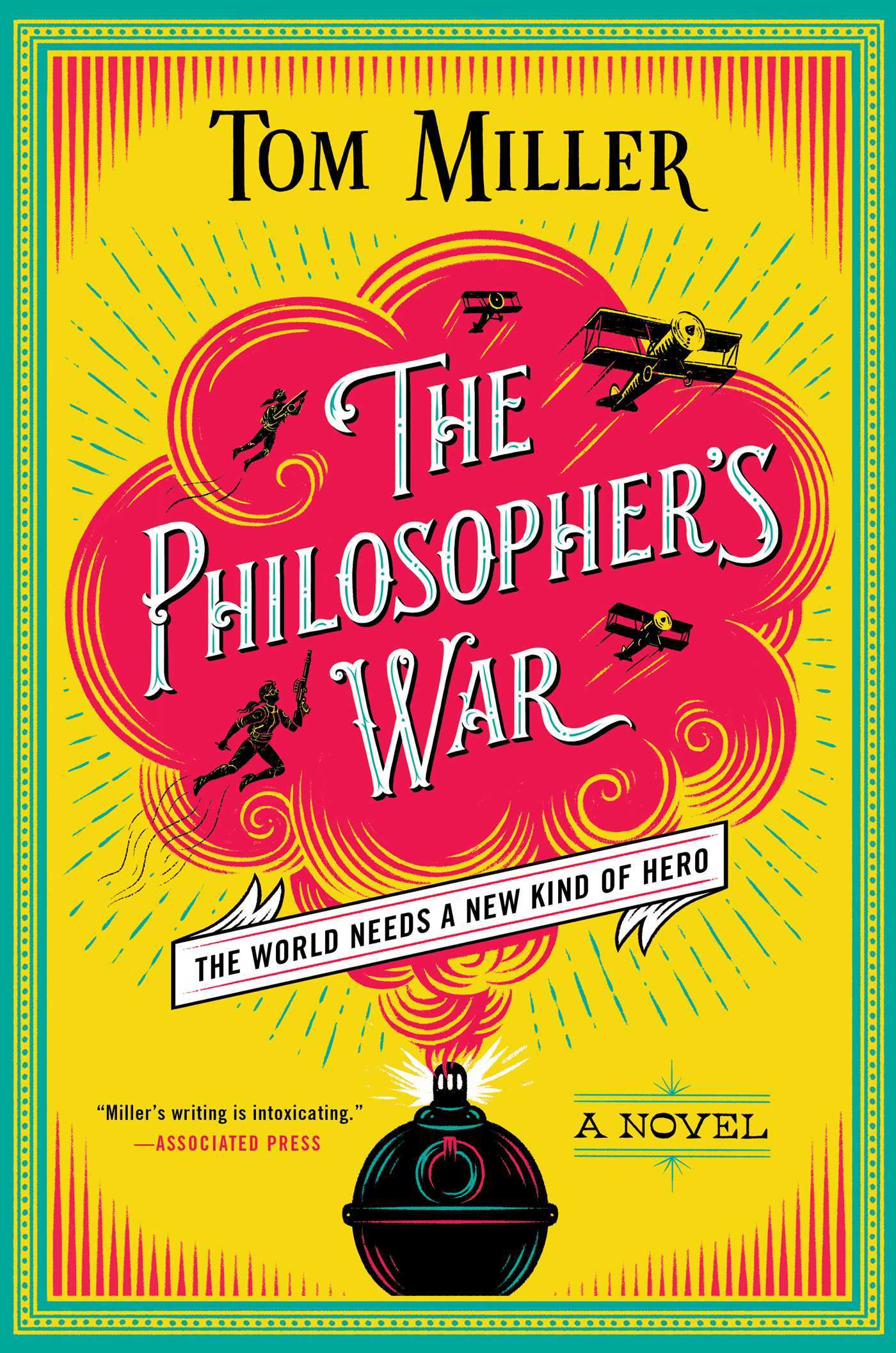 A new book in The Philosophers Series by Tom Miller?! Yes, please!

I was so impressed with Miller’s The Philosopher’s Flight that I immediately requested the follow-up volume and sat down and read it through, putting all my other books aside.  And it was worth it!

The story so far…

Robert Weekes, who we last saw defending his gender at Radcliffe College, as the only known male philosopher (i.e. ‘magician’) who could hover/fly, has successfully been accepted into the corps of Sigilwomen during the Great War (WWI).  It’s been his life-long ambition (now at the very mature age of 18) to serve his country as his mother did, flying soldiers out of the line of fire to where they can be patched up. But as a male in a completely female dominated profession, Robert is trying to keep a low profile and is even registered as Robert A. Canderelli – using his father’s last name.

Robert needs to earn the trust of his fellow Sigilwomen, which will only come with time.  Fortunately (or unfortunately, as the case may be) the war continues to be brutal and there is no lack of need for the corps of sigilwomen to rescue and evacuate soldiers – to the point of constant exhaustion for the beleaguered, all volunteer, corps. Robert is assigned to work with a unit in France that is grossly understaffed.

But an end may be in sight. Weeks/Canderelli is brought in to a plan to end the war, quickly and with relatively few deaths. The plan is hatched by a general who enlisted Robert, despite his being a man and she confides that he, very specifically, is needed for this plan.  The only problem … the plan is not condoned by the American politicians or military which means by participating, he’d be committing an act of treason. His girlfriend, working in politics back in Washington, relentlessly asks Robert to leave the corps and return to live with her.

Author Tom Miller draws the reader in with very real characters that we might love, or hate, or both.  There are no minor characters in the book – there are only those who may not appear as much as others.  Miller has a way of introducing characters and we realize that these are people, with a past, loves, and flaws.

But there’s so much more than just great characters!  Miller gives us a fully realized world that is familiar and yet different from our own past. This world of empirical philosophy and philosophers – those who can manipulate things around them with a blend of science and magic – is awesome. There are transporters, smokecarvers, hovers, and who knows what other philosophical specialties might still appear.  If the CTPP (Cool Things Per Page) quotient was a determining factor in a books success, then this book would be right up at the top. But this has so much more than just CTPP … it has a well-thought-through story, relationships between people that are incredibly real, and action that is so consistent it will have the reader nearly as exhausted as Canderelli at the war’s front.

This is a tremendous read, sure to go on to your own favorite’s list.

Looking for a good book? If you grew up reading the popular boy wizard books but now want something for your adult tastes, or if you just enjoy a really great book with a touch of fantasy, Tom Miller’s The Philosopher’s War is a must read.