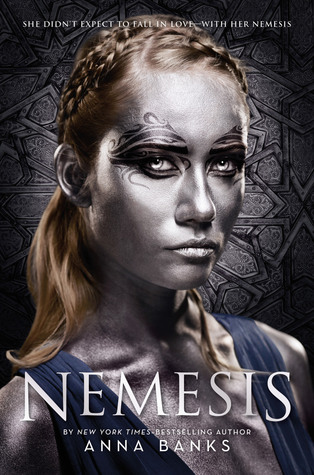 This was one heck of a nice surprise! The surprise being two-fold: 1) that this is almost more of a romance novel than a fantasy story, and 2) that I liked it as much as I did!

Sepora is the daughter of the king of Serubel. She is a Forger – she has the ability to create an element known as spectorium which provides a unique source of energy for people.  But her father has found a way to make spectorium into a weapon and now he wants to attack some of the neighboring kingdoms.  But Sepora doesn’t want her gift to be used to kill to she abandons her father and her home (so that he can’t force her to make more spectorium). But as she wanders, she is grabbed by some men of the kingdom of Theoria and sold on a slaver’s market where she is purchased to be a part of the harem for Tarik – the young, new ruler of Theoria.

Theoria isn’t exactly mild-mannered and she speaks her mind to Tarik, who takes a real interest in her.  He finds her intelligent, impetuous, and very attractive.  She finds Tarik more kind-hearted than she expected and hopes that with her help and knowledge about her father’s plans, she can prevent a war that would kill many.

She doesn’t admit to Tarik her full abilities or lineage – only that she has knowledge of an impending war. Despite her attempts to stay impartial in regards to Tarik, she finds herself falling in love with him.  But when he admits that he is about to marry the daughter of another king of another kingdom in order to bring their kingdoms together, she refuses to be Tarik’s secret lover or concubine and she leaves … only to be captured by her father’s men.

I found this to be a really well-written story.

I was immediately caught up in the presentation of the characters, particularly Sepora who stands out to me, among YA sf/fantasy heroines because of the balance of characteristics.  Too often a character in her position is either very head-strong and changes the people around her, or too shy and learns to come out of her shell.  But Sepora is a smart character who understands her role, challenges it, and is truly motivated to find a way to peace above all else.

Tarik is also presented as a well-balanced character who steps into a role he wasn’t quite prepared for, understands the people he looks after, and rules with a strong hand and strong heart. It is possible, just possible, that we go a little too far with the ‘soft heart’ routine, but that’s quibbling.

The romance….  As I was reading, I found myself caught up in Sepora’s story and at some point I realized that the two main characters were destined to get together and so I watched as author Banks developed this story-line and marveled at the pace and gentility in which the romance was revealed.

The trick here is that Banks shows us everything. She never tells us that Sepora is strong or that Tarik is kind or that their relationship is blossoming … she shows it to us.  This is one of the first lessons beginning writers are taught and yet is one of the hardest to accomplish.  Banks does it sublimely.

The book doesn’t entirely end because it holds on to a bit of a cliff-hanger for the next book.  This is a tactic I do not appreciate (as readers of my blog may know). This always feels like a cheap trick by the publisher to get me to buy another book.  A story needs to have a beginning, middle and an end to be a story.  If there’s no end, we’ve been cheated of a story.  For this, we lose some points.

I also had a little problem with the ‘ending’ because character actions and reactions didn’t seem to fit with what we had read through the previous 300+ pages. While I predicted what was going to happen, I did not predict the reactions to it because they felt so out of character.

Still, I really want to read more of this story because I so enjoyed Banks’ character, world-building, and story-telling.

Looking for a good book? Nemesis by Anna Banks is a well-told, exciting YA fantasy/romance that should be on the ‘must read’ list for all fans of the genres.

GATES OF THE DEAD – James A. Moore 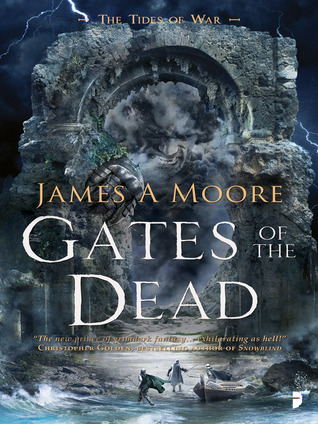 Reading a James A. Moore novel is a test of character and constitution. You will hold your breath for long periods of time because of the excitement level, and you’ll have to work through with a great deal of carnage.

Brogan McTyre began a war with the god when the gods took his family for their sacrifice. The war has ravaged the world and only one of the five kingdoms remains – and that one is now bursting with refugees seeking a safe harbor from the fighting. Brogan and his army set out by sea to the Gateway – the only place where the gods can enter the earthly realm and the only place where they can be killed.  But Brogan and his warriors will have to face the He-Kisshi – demons who cannot be killed, sent by the gods – as just one of the obstacles before the Gateway.

If you follow my reviews on my blog, you’ll know that I think pretty highly of Moore’s books. These are high-action, fast-paced, modern sword-and-sorcery books of the very best ilk.  Think Conan, think Elric, think Kane. But these classic heroes will be left in the wake of destruction that Moore leaves in his books.

Aside from the great action that we get in a James A. Moore novel, we also get a complex story that on one level is a simple revenge story and on another level is deicide with all of the earth and heavens taking sides.

And unlike many of the sword-and-sorcery heroes of old, we get characters who feel like real people. Brogan’s anger and determination is so fit for a man who has gone through what he has.  There is a sense that he’ achieved more than he ever expected (when fighting gods one might expect to be killed pretty quickly) which has motivated him further.

But I think it is Berone who appeals to me the most.  Here is a man who has been turned into the fighting arm of his gods. He fails, is picked up, healed, and sent back into the fray. He cannot die, but perhaps he also cannot win.  What a terrible existence.  But he has no choice and faces his role as well as possible and fights on.

I can’t help but like these people and despise the gods that rule them and I like the what they fight for.  This is a series that has really been enjoyable and it is highly recommended for fans of high adventure, high action fantasy.  My nineteen year old son has already read through the series and sought out more James A. Moore books.

Looking for a good book? Gates of the Dead is the third book in James A. Moore’s The Tides of War series. It is breath-taking in scope and action and recommended.

Gates of the Dead 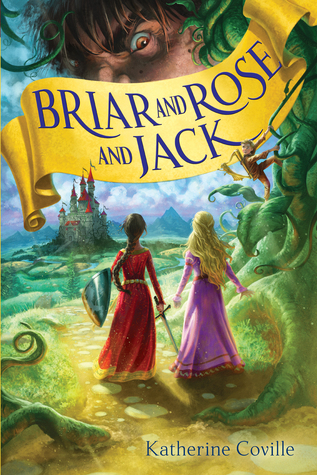 I have to admit it … I love modern re-tellings of fairy tales and fairy tale mash-ups! This book, Briar and Rose and Jack, fits the latter as author Katherine Coville combines the classic fairy tales of Sleeping Beauty, Snow White and Rose Red, and Jack and the Beanstalk  (and maybe a little Jack and the Giant Killer?)(note that we’re talking of the classic stories and not the Disneyfied versions).

Briar and Rose are twin sisters but almost immediately after birth, Briar, the first-born by a matter of minutes, is whisked away and neither will know their true relationship for many years. A witch places a curse on the heir to the kingdom, that she shall prick her finger on a spinning wheel and fall into a deep sleep only to be awakened by true love’s kiss. But will that curse fall on Rose, the girl everyone believes to be the heir, or Briar, the true heir?

As the girls grow older, Briar is not considered to be very pretty and is in fact scorned for her looks, while Rose is practically revered simply because she looks so pretty. But the girls don’t care or pay much attention to what others think … they are busy trying to protect the kingdom from the an evil giant who terrorizes the land. Along with Jack, a friend from the town, they set out to do what none of the adults have been able to do … defeat the giant.

Katherine Coville has managed to do something quite extraordinary with this story … not only has she combined a couple of classic fairy tales into a cohesive, exciting story, she has retained a great deal of the strength of the original stories while making them relevant and readable to today’s audience. This is no small feat!

There are some really important lessons to be learned here  (perhaps most importantly, the lesson of image/appearance and what makes a person truly great) and Coville mostly includes these lessons so casually that the reader isn’t likely to know that they are learning something.  There is one moment that I noted as a really nice teaching moment … how to make paint … and it works well in the book and most children reading it will find it to be a new discovery, but I did see it as an intentional teaching moment rather than a natural part of the story.

Though I admit that I like fairy tale re-tellings, I’d also have to say that I liked this book much more than I expected.  It’s got so much heart and depth and honesty that it goes well beyond a simple fairy tale.

Looking for a good book? Briar and Rose and Jack by Katherine Coville is a fantastic fairy tale mashup with a whole lot of heart that should be on every child’s bookshelf.

Briar and Rose and Jack